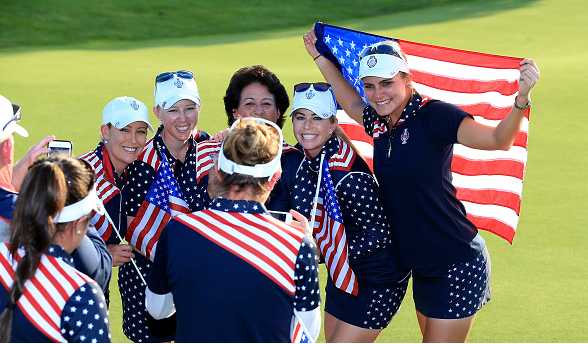 With the Solheim Cup, the LPGA’s equivalent of the Ryder Cup, set to happen in August, LPGA commissioner Mike Whan is attempting to turn the event into a high-energy fan experience.

At Solheim Cup media day in Des Moines, Iowa on Tuesday, Whan shared his desire for the tournament to be very loud, fun, and cheerful. He wants the crowd to be nothing like a typical golf crowd.

What is the #SolheimCup2017? Here's an explanation from Team USA at Des Moines Golf & CC today. pic.twitter.com/qCYt0jw2BF

“No offense to the USGA and no offense to men over 50, but this ain’t no Senior Open we are bringing here. I’m sure that was fun, but I promise you this won’t feel like that.”
–Mike Whan

The Starter: A Horrible Horseshoe, a Wife Too, Plus Jordan, Adam, Annika, and Whatnot