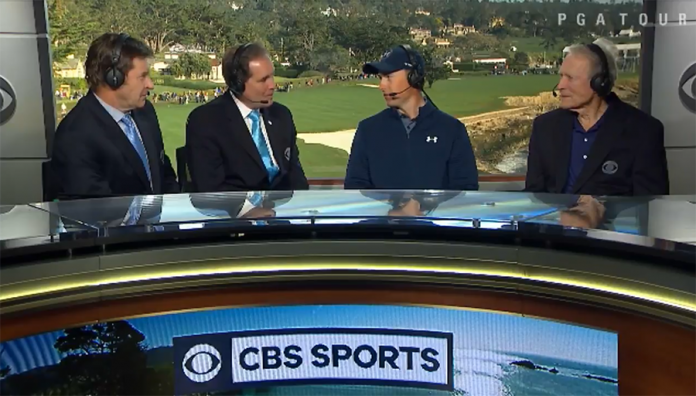 Following his 4-shot win at Pebble Beach, Jordan Spieth was interviewed by the CBS Golf team of Jim Nantz and Nick Faldo.

Spieth, who first credited the grounds crew for cleaning up the mess left by the rain storms during rounds one and two, said “it’s great to win at Pebble Beach.” (Clint Eastwood smilingly approved.)

The 23-year-old Texan cited his “big-time speed work,” and “ball striking” for what he called a “dream round.” Finally, Spieth half-jokingly apologized to Nantz and CBS for not providing enough “highlights” (14 straight pars), but said the “boring golf” was part of the game plan.

Hear from @JordanSpieth following his win at Pebble Beach. pic.twitter.com/ZuRql6VPEP