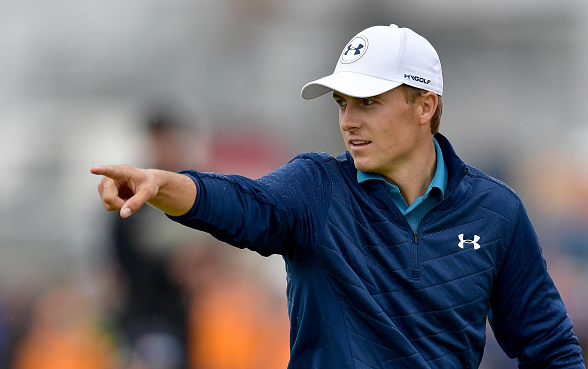 Jordan Spieth posted a 1-under 69 on Sunday at Royal Birkdale to finish at 12-under and capture the 146th Open Championship – his third career major title.

The 23-year-old Texan joins Jack Nicklaus as the only players to win three legs of golf’s grand slam before the age of 24.

Spieth got off to a nightmare start, and was 3-over after 12 holes, deadlocked with Matt Kuchar at 8-under.

Yet, incredibly, it was another bogey on the 13th hole that turned Spieth’s nightmare round into a magnificent one, allowing the superstar to grab the momentum.

After hitting his tee shot on 13 way right onto the edge of a huge hill, Spieth was forced to take an unplayable and hit from behind a traffic jam of equipment trailers.

The now three-time major champion hit his third shot to the edge of the green, and got up and down for the “great bogey” to drop from the lead for the first time in four rounds.

From there, though, a rejuvenated Spieth was lights-out over the next four holes: Birdie, Eagle, Birdie, Birdie to go up 2 shots with the final hole to play.

Matt Kuchar could only watch in awe.

Spieth made the iconic walk up 18, and took it all as the Champion Golfer of the Year. He two-putted for par, while Kuchar bogeyed, to win the Claret Jug by three shots.