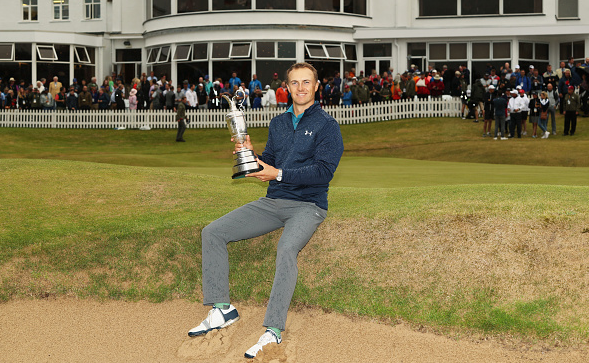 Spieth won by three for the third leg of golf’s grand slam, joining Jack Nicklaus as the only players to do it before the age of 24.

The legendary Nicklaus sent along congrats:

Another all time great, and grand slam winner, chimed as well:

What an incredible way to comeback and win. Many congrats @JordanSpieth

Well played @JordanSpieth, congratulations on a magnificent achievement. Make sure you take care of the Claret Jug! ? #TheOpen pic.twitter.com/IWUtQR19ba

Can't really put what we just saw into words. Spieth is nuts. Huge congrats to he and Greller. So much fun to watch. Great for golf

“Are you not entertained???” @JordanSpieth

Daniel Berger, who lost to the “savage” Spieth in the epic playoff at the Travelers:

Jordan Spieth is a savage