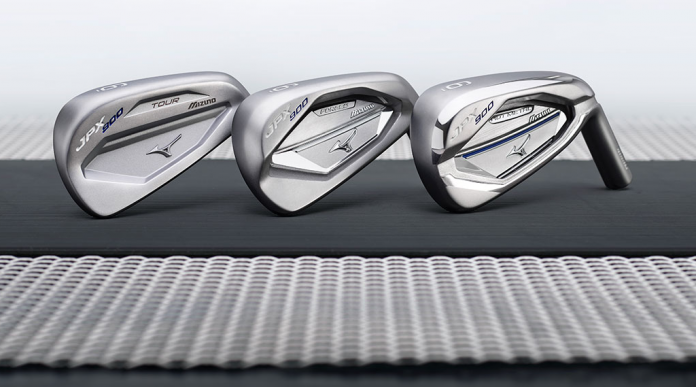 The JPX line of Irons from Mizuno, such as the JPX850, has long been known for the company’s game improvement irons. But with the launch of the JPX900 Irons for 2017, Mizuno has broadened that particular approach and hopes to appeal to a wider array of players.

3 new #JPX900 irons – 3 unique materials. Maximum performance is all about the Details..throws In Stores 9/16!! pic.twitter.com/YF8i774EHb

Mizuno has come out with three new models – JPX900 Tour, JPX900 Forged and JPX900 Hot Metal, each with very distinctive performance attributes. Long known for its forging process, by using unique base materials, Mizuno has made all of this possible. The JPX900 Irons all have their own distinct materialstrongbest suited to their specific performance intent. Throughout their R&D process, they never compromised on distance.

Mizuno uses a new material called Chromoly 4140M for their JPX900 Hot Metal Irons, which combines higher ball speeds with the adjust-ability of a forged iron. The key to this new material lies in its flexibility, which gave Mizuno an opportunity to build the thinnest face ever. This helped them build irons that not only go longer, but also remain soft and bendable for precise lie angle adjustments. The wedges in the Hot Metal irons use X30 steel, and have a softer material for feel and precision.

“It’s great for a designer when a new material like Chromoly comes into play,” says Chris Voshall, Senior Golf Club Engineer at Mizuno. “It opens up a world of new avenues for us. We’ve been looking for a material that gives a little more pop from the face, but without the hardness that stops us bending the neck for custom- fitting. Chromoly opened that door.”

Mizuno first used Boron-infused steel for its T7 Wedges and now seems to have brought it into play with the JPX900 Forged Irons. Using Boron-infused steel, Mizuno was able to build a soft-feeling forged iron which produced higher ball speeds. With the JPX900 Forged Irons, Mizuno also moved forward with a multi-thickness face, which gives a better result on off-center hits. This midsize offering from Mizuno will still appeal to professional and elite players, while the shorter irons (8-GW) are quite compact and provide greater control to those looking for it.

“If we could only make one iron for the world’s golfers to play, it would probably be the JPX900 Forged,” Voshall says. “It’s beautifully shaped and compact enough for a tour player to throw in the bag, but also incredibly quick off the face and loses very little from mishits. There’s almost no compromise to make in any direction.”

Mizuno’s final offering in this series, the JPX900 Tour is the most unique set of irons in the JPX line. With the JPX900 Tour Irons, Mizuno hopes to appeal the low handicappers and match their performance requirements. The JPX900 Tour edition has the look of a small cavity-back model with less offset, straighter lines and a low toe profile which promotes crisp ball-striking, excellent workability and enhanced trajectory control. Using their patented Grain Flow forging process, the JPX900 Tour model is built from a single billet of 1025E Pure Select mild carbon steel.

“The JPX900 Tour is a really surprising iron,” says Voshall. “Feel wise, it’s a genuine throwback Mizuno – incredibly pure at impact. But the straighter lines and reinforced framework are very current, giving the 900 Tour a really playable look and the ability to perform on off-centre strikes.”