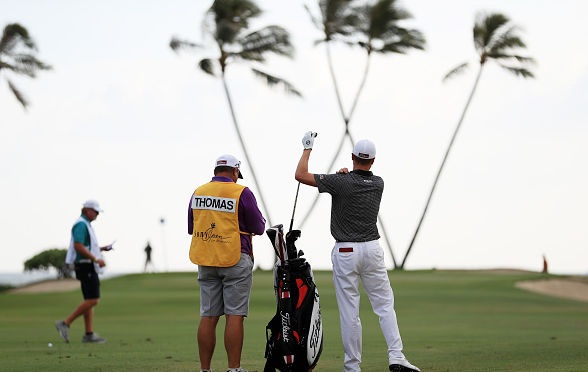 Justin Thomas won the Sony Open with a 27-under par at Waialae. It was his second consecutive PGA Tour win, and third title in only his fifth event of the season.

Thomas, who shot a 59 in the opening round, broke all kinds of records in the process this week in Honolulu, the most impressive being the lowest 72-hole score in PGA Tour history.

The 23-year-old Kentucky native is a sure bet to rocket into the world top-10 rankings (reportedly No. 8) next week, and soon will become a ‘brand name’ beyond the core golf world – similar to Jordan, Rory, DJ, and Jason.

As friend Jordan Spieth said after Thomas’s win at Kapalua, “things are going to come fast at him now.”

Here are several little factoids about the fast-rising star.

1. Where He Went to School?

2. Golf Courses He Hasn’t Played But Would Love To

Justin would like to play Pine Valley, an ultra-exclusive private club in New Jersey, and regularly ranked as one of the best courses in America. He’d also like to tee it up at Shinnecock, which should not be a problem since it is the host course for the 2018 U.S. Open.

In major league baseball, Justin roots for the Boston Red Sox. As a Kentucky native, the Cincinnati Bengals are Justin’s hometown NFL team. The Pittsburgh Penguins are JT’s favorite NHL team. And in basketball, Justin follows the Golden State Warriors.

Justin’s fav TV Show is ‘Entourage’; his favorite flick is ‘The Shawshank Redemption’; and Drake is his go-to music artist.

Justin’s favorite athletes are former NBA star Kobe Bryant, and current NHL superstar Sidney Crosby of the Pens. The offseason for golf is the in-season for both the NHL and NBA.

7. Things He Likes To Collect?

9. First-tee Intro Song Would Be?