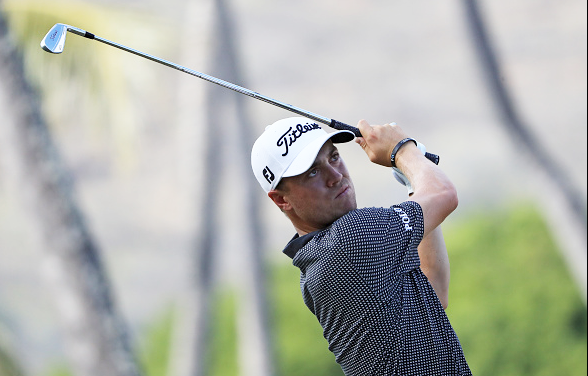 The Sony Open has wrapped up with Justin Thomas dominating the field. This is Thomas’s 2nd victory in as many weeks and third win of the season.

Thomas opened the tournament at Waialae with a 59 (only the seventh player to break 60, and the youngest), which led to a record-breaking weekend, including setting the 72-hole scoring record (253).

Olympic Gold Medalist Justin Rose, who finished at 20-under, finished in sole-second – 7 shots back of Thomas’s runaway victory.

Jordan Spieth’s start to the year has been overshadowed by the dominance of Hideki Matsuyama and Thomas, but Spieth recorded another top-3 finish with a score of 19-under.

To wrap it up, here are the best shots from the final round of the Sony Open.

What a day it was for Chez Reavie. Reavie started his day on the back-nine where he went birdie-birdie. The 35-year-old Reavie, entered the par-3 17th hole at 4-under for the day but then proceeded to make a hole-in-one and thoughts of another 59 this week came to mind.

Reavie went on to birdie the next hole, and make the turn at 7-under. But three birdies and a bogey on his back nine led to a 61 – the round of the day.

Wire-to-wire winner Justin Thomas did not take his foot off the gas at all this week. Thomas carded an opening-round of 59 and the rest was history.

Thomas was dialed in all week and he continued his aggressive play Sunday by firing at pins on the 12th and 14th holes.

Below is Thomas’s approach shot into the 12th that settled inside of 3 feet.

It looks like it will be another birdie for JT.

He isn't done yet. #QuickHits pic.twitter.com/kJO4llc7Si

In this clip, Thomas hits his approach from outside the ropes to 4 feet.

Hits it to 3 ft. #QuickHits pic.twitter.com/purjenN2xx

Bill Haas ended his week at the Sony Open in style by holing out for an eagle at the par-5 18th. Haas had a pretty consistent week, carding three 67s and a 66. However, 13-under was only good enough for a T12 finish and 14 shots back of Thomas’s winning score of 27-under.

Nice way to finish a tournament.

Bill Haas carded his first eagle of the week on his final hole of the week. #QuickHits pic.twitter.com/LX0ZQEhsPv