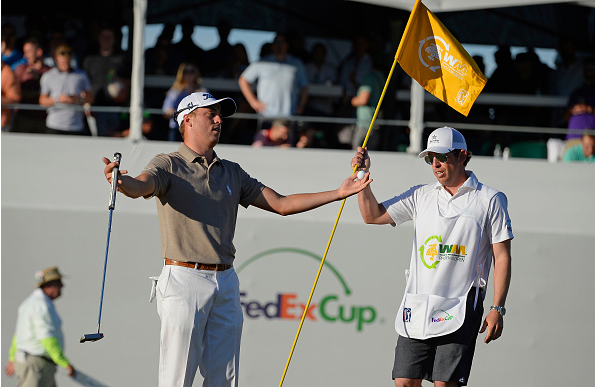 Justin Thomas was 6-under par, and just one off the lead, heading into the final three holes of his opening round at TPC Scottsdale. But following a bogey-double bogey-par finish, the World No. 4 dropped three shots to sit 3 under, and T12, after day one of the 2018 Waste Management Open. 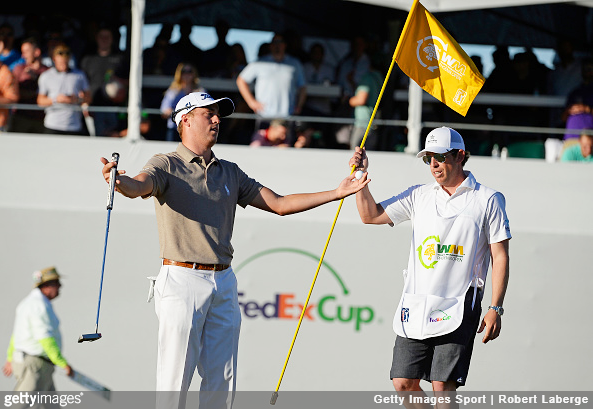 Afterwards, a frustrated Thomas discussed the mess he made down the stretch.

Well you were able to get yourself out of trouble and were bogey-free all the way to the 16th hole. We saw visible frustration from you. What unfolded?

THOMAS: It’s frustrating because it’s a wedge, I mean that’s a club I’m trying to make a birdie with and it wasn’t as short as I thought it was off the tee, I just barely caught it heavy, but I thought it was at least going to cover the front and there was just no sand in the bunker.

When you’re short sided, elevated green, it’s, it really just sucks, to be honest, because there’s nothing you can do. I would like to think that I could have got it up-and-down, I definitely wouldn’t have made a five if it had some sand in there, but if I just hit the green with a pitching wedge it’s not an issue.

Played plenty of golf, won plenty of times, what have you learned from your experience, what it takes to recover after a poor finish?

THOMAS: Just that it happens. Over the course of four days — I would like to hope I wouldn’t have any doubles — but I’m going to have some bogeys. 16, 17 are two birdie holes and to play those 3-over today is definitely disappointing, but the fact that I did that and I’m still more than right there in a great position is definitely a positive note that I can leave today with.

Did what happened on 16 affect how you approached the second shot on 17?

THOMAS: Not at all. It was a pitch shot, so it’s not like — I’m trying to get it up-and-down whether I made five or three or 12 on the previous hole, I mean it wasn’t a — it was a difficult shot to get up-and-down, it wasn’t difficult to hit the green.

I wish I had it over, I just would have played it differently. But I think Jordan’s shot scared me a little bit how soft it landed, I thought it wouldn’t take as big of a hop and I flew it past where I wanted to, so pretty much didn’t do anything correctly on that shot.

We talk so much about the crowds here and the energy that it gives you guys, but on the flip side it can be a little distracting. What happened on 18?

THOMAS: Yeah, it’s frustrating. It’s fun, it’s fun to play in a crowd like this and with all these people and cheering you on, but that girl just yelled right in Jordan’s down swing and, I mean, he hit a great tee shot for that being — I had no idea where he hit it because I was so upset that that even happened.

It doesn’t matter who it is, whether it’s me or Jordan or anybody else in the field, I mean there’s just no place for that. You saw it with Tiger last week. I get it, late in the day, at a place like Phoenix, I’m sure they’re a couple in, but it’s still, it’s not appropriate and I hate that it could affect someone’s score because of that.