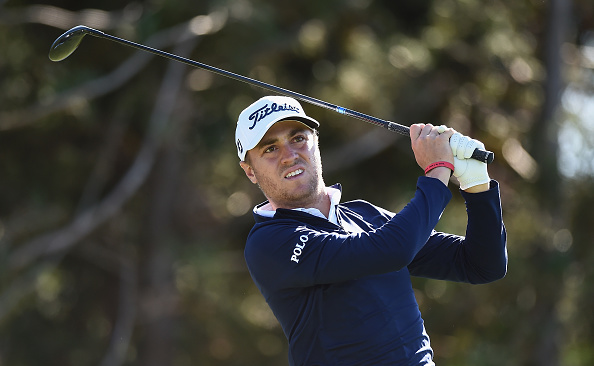 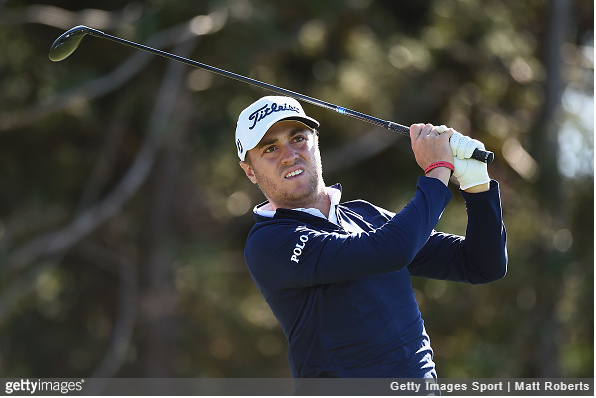 On another brutally windy day in Jeju Island, South Korea, Justin Thomas posted a 2-under 70 and took a share of the lead heading into Sunday’s final round at The CJ Cup at Nine Bridges.

After a double bogey on No. 8 and a bogey on the 11th, the reigning FedExCup Champion was 1-over through 10 holes. But the 24-year superstar recovered nicely, playing bogey-free over his final 8 holes with three birdies, including a tap-in 4 on par-5 18th to reach the clubhouse at 9-under 207.

“I was just trying to stay patient and calm during the round. It’s just kind of getting at the end of a long stretch and getting a little tired, a little fatigue,” said Thomas, who is ranked No. 4 in the world. “Just trying to keep my head on as straight as I possibly can and stay patient out there, trying to make a lot of pars because it is extremely difficult out there. I played really well today, shooting 2-under.”

Thomas is tied with American journeyman Scott Brown, who had back-to-back bogeys on Nos. 10 and 11 but recovered with a clutch birdie on 15 and another on 18 to close his round at 1-under 71.

Brown, 34, is looking forward to playing in the final group on Sunday, despite forecasts calling for the strongest winds of the week.

India’s Anirban Lahiri moved into a share of third with Aussie Marc Leishman (71) at 7-under 209 after posting a 69 which included four birdies and one bogey.

Whee Kim carded an even-par 72 and maintained his position as the highest-placed South Korean in the field at 6 under. Kim is tied for fifth with Australia’s Cameron Smith (73) and Lucas Glover (74). 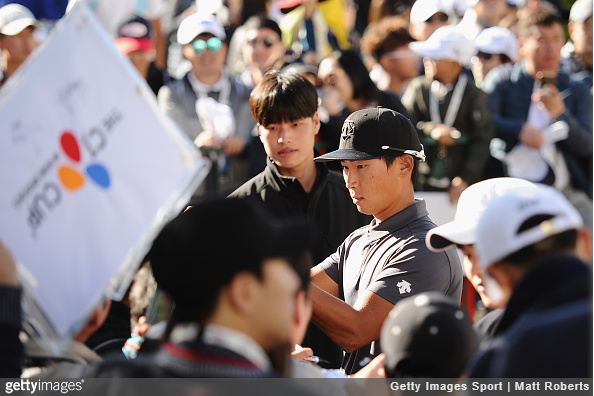 Four shots back, at 5 under, is second-round leader Luke List, who dropped to T8 after struggling to a 4-over 76 on Saturday. South Korea’s Byeong Hun An, whose 5-under 67 was the day’s low round, is tied with List.

“It’s just that I’ve never played in a place where it bounces around and switches as much as it does here. I think because of all the trees, how often you are down going through the trees around the greens, it bounces off of them a lot. It really switches quite often. It’s really difficult to chip and putt because it’s true the fact that your putts can totally change the break with the wind changing or your chips can get up in the air and catch a gust and go one way or the other. It really is a huge difference. It is definitely one of the most difficult conditions I’ve played in.”
–Justin Thomas, on the wind at Jeju Island.