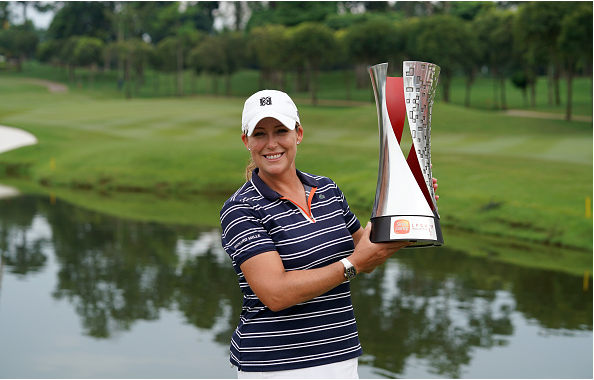 Cristie Kerr drained a 36-foot birdie on the 72nd hole at TPC Kuala Lumpur to post a final-round 1-under 71 and capture the 2017 Sime Darby LPGA Malaysia. 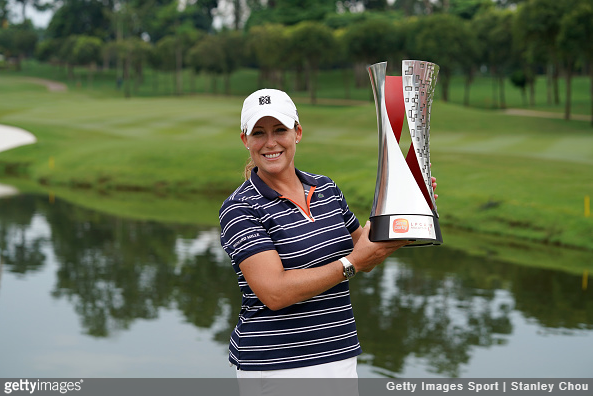 With the victory, Kerr becomes just the 27th player in LPGA history to record 20 career wins. She is also the first 40-year-old to win on Tour since 2011 when Catriona Matthew won the Lorena Ochoa Invitational at 42. She is now just five points away from qualifying for the LPGA Tour Hall of Fame.

“To do what I do for a living is amazing,” said Kerr, who now has two wins on the season. “This tournament is a beacon for women’s health and raising awareness for breast cancer is near and dear to my heart. I’m so proud to be the champion of this tournament.”

“I pointed to the sky because I have this amazing talent because of God, what God has given me. And to not only for personal achievement, but to be able to do the stuff off the course, as well, is pretty special. So yeah, I’m going to be making a donation to the foundation. Like I said, I haven’t wrapped my head around how much right now because it’s been crazy. Basically had a bathroom break since we got done. It’s just crazy.”