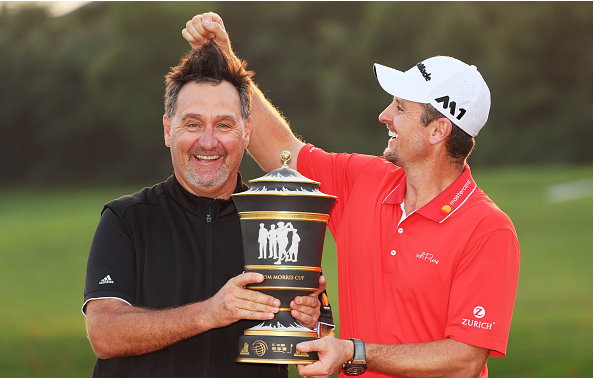 Justin Rose won the WGC-HSBC Champions at Sheshan Golf Club, overcoming an eight-shot deficit to Dustin Johnson. The victory in Shanghai, China was the eighth of Rose’s PGA Tour career, and 10th on the European Tour.

Afterwards, a thrilled Rose took questions from the media. 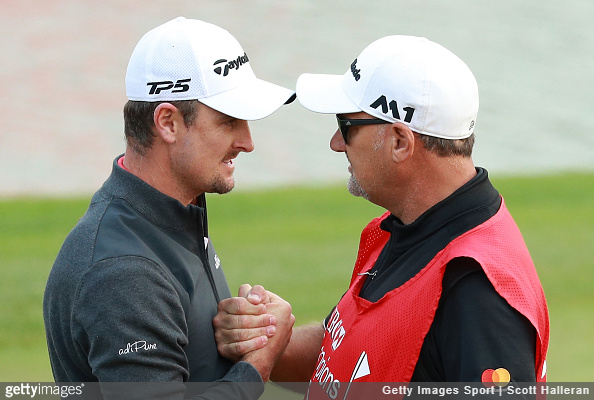 It’s unbelievable. Obviously we all know the position DJ was in, and I think today was the kind of day that the leader probably didn’t want — well, you want a six-shot lead any time, but this is the kind of day where that kind of swing is possible.

It was the perfect type of weather conditions to make a comeback. This is the type of day, when you are playing with a lead, every hole seems difficult. Obviously someone is still capable of playing a special round of golf.

I shot 5-under in tough conditions and he had to play good golf to keep it around par today, and obviously he made a few mistakes. It was really tricky out there, and obviously I played one of the best back nines I’ve played in forever. To shoot 31 on the back to come through, saved my best till last.

QUESTION: Especially after 8 and 9? 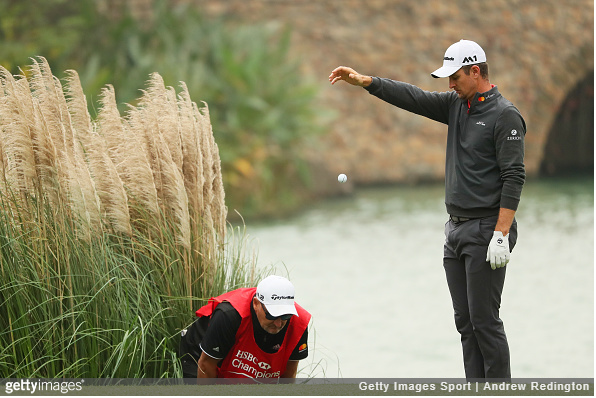 JUSTIN ROSE: Yeah, that was unbelievable. I was going along quite nicely and 3-putted from — a careless 3-putt at 8 and then 9 was a total brain meltdown. We were thinking 190 to the hole.

I pitched it way too far down that green but I shook it off. I drove it in the bunker and I just regrouped. I kind of played match play against myself coming in. I told myself I was 4-down and could I beat the golf course coming in, and it’s incredible how that’s what we did.

3. NO LONGER PLAYING FOR SECOND

QUESTION: Secondly, was there any part of you when you teed off today that was playing for second, and if so, when did that change? 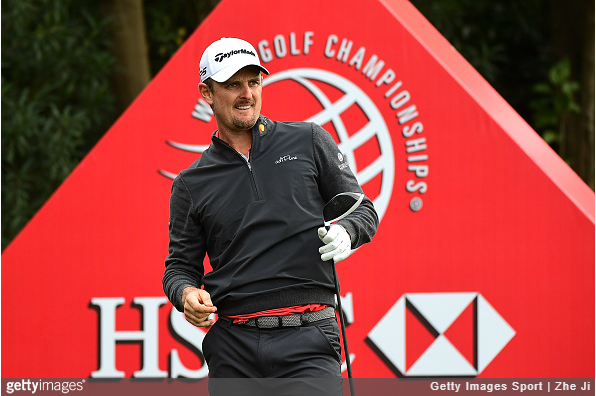 JUSTIN ROSE: Yeah, I would say that — yeah, second place was probably — I think whenever you’re playing behind someone with a lead, try and win the other golf tournament. That’s always my mentality. And then just see what happens. The leader, you never expect him to have a bad day, but just in case, play for second.

I had that mentality a few times, and the leaders never — Justin Thomas, for example, Sony this year, he went away, eight clear. So you’re always in the hands of the leader at that point but absolutely, the beginning of the day, I was playing for second.

QUESTION: You came from an eight-shot margin to win this championship. What is the largest margin you’re coming from behind as a winner? 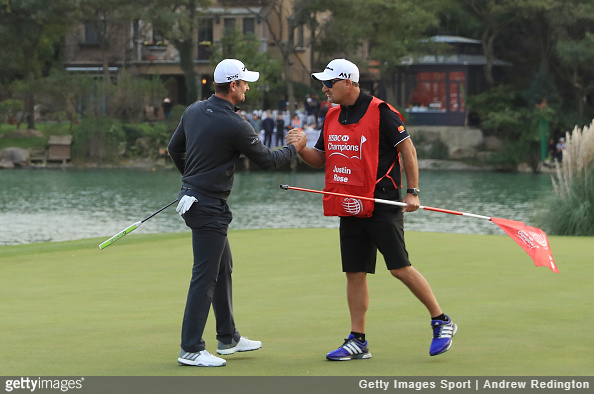 JUSTIN ROSE: Today, yeah, eight shots. I think maybe the time before that might have been four shots back at the Memorial in 2010. But yeah, today definitely is the biggest come back of my career for sure.

QUESTION: The family seemed pretty excited when you were speaking to them just near the 18th. It would have been about 4.00am back in the Bahamas. Is that the first time the children stayed up beyond midnight to watch you, and what did they have to say? 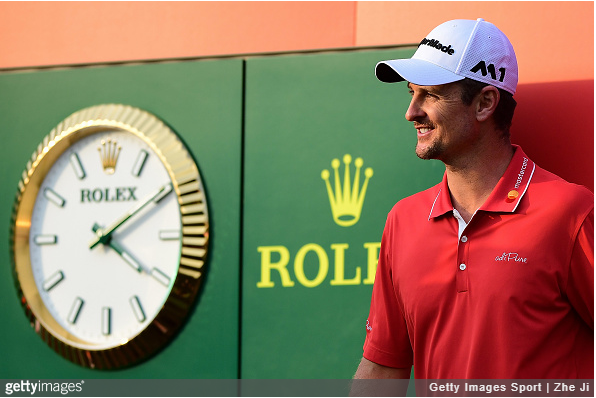 JUSTIN ROSE: I think actually what happened was my little girl had woke up in the middle of the the night, made some noise, and woke Kate up. And Kate checks her phone and realises, pretty close down the stretch the last couple holes. So she flicked the TV on.

But no, she was fast asleep, not worrying about things until Charlotte woke her up at 3.00am.

QUESTION: Sum up what it feels like to win. 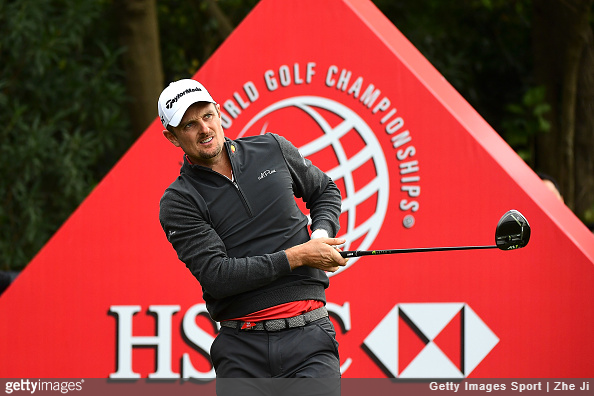 JUSTIN ROSE: It’s been a long time since I’ve won, or at least it feels like that. I guess it’s actually — well, I’ve won every year since 2010, if you include the Olympics last year; that was my only win. This is only win in 2017. Left it late this year but it feels amazing.

QUESTION: Which way would you be more satisfied: Winning from today by eight strokes and coming back to win the title, or having a better score after three rounds, like six, and to make the title at the end? And how would you rate yourself from hole 1 to 10 today? 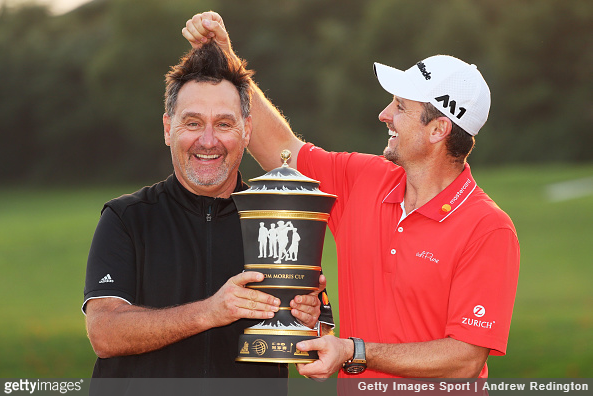 JUSTIN ROSE: So I think any time you tee off with a lead and you close out, that’s the way you want to win a golf tournament. You want to lead from the front. You want to sleep on the lead, and you then want to wake up in the morning and finish the job. That’s the most satisfying as a professional golfer, no doubt.

Yeah, the first ten holes today, it was tricky out there. I was facing what every other player was facing. It was difficult to make birdies. I knew that even par — if you shot even par today, you weren’t going to lose strokes on the field. For every shot under par, you were going to improve your position in the tournament, is the way I felt. So I knew that par today was a really good score.

So through ten holes, I was even par, right, so I was kind of — it was an okay day. But I really pushed myself on the back nine. I played a game with myself where I said, okay, I’m 4-down. I’m 4-down to the golf course: Can I win my match. Or I was thinking: Can I tie my match. 13-under par was by goal, and I exceeded that in the end. For me it was all about the back nine. Until I got hot on the back nine, par was a good score today.

QUESTION: First of all, you have a close relationship with Li Haotong, he’s a fantastic golfer. Can you share some thoughts about your relationship with him and how you encourage him to be better? And how will you celebrate after claiming this first effort at the WGC-HSBC Champions here? 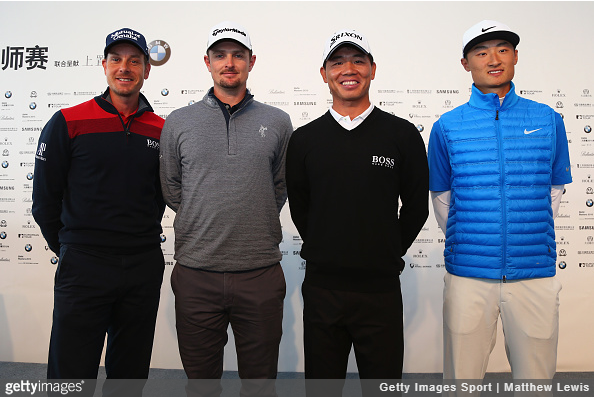 JUSTIN ROSE: Yeah, Li Haotong is very much a great player. He’s also with Excel Sport Group and Paul McDonnell over there also represents Li Haotong. Occasionally we have dinner together and he’s got a great sense of humour. He’s a very funny, funny guy. Makes me laugh a lot.

Really, I don’t need to give him too much advice. He’s got good people around him. He’s got a strong family. He’s got a good coach. He’s in good hands. But for example, on a week like this, I just tell him to save his energy because there’s so many people wanting to talk to him. Everybody wants five minutes with Li Haotong, so it’s very difficult to focus and play well.

I have the same thing when I play at home. It’s very difficult. So that was my only advice to him. But he’s a great player, great winning and his future looks amazing.

And then celebrate, I don’t know, I’m flying to Turkey tonight (laughter). I’ll see how many glasses of champagne we can have between now and 7.00. It will be pretty — I’ve got to stay quite focused at the moment because this win gives me the opportunity to do very well in The Race to Dubai, so Turkey becomes a very important tournament for me, and so this has kind of made things even more focussed now for the rest of the season.

QUESTION: You have won a major and you have also won an Olympic Gold Medal, and now winning this WGC title here in China for the very first time. How would you rate the importance of this title here in the WGC-HSBC Champions? 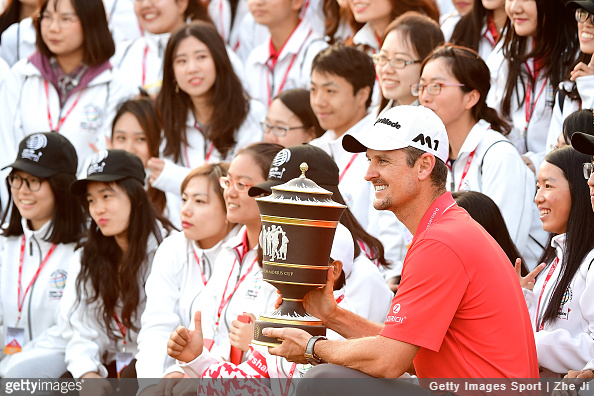 JUSTIN ROSE: Yeah, this is a very important title. Obviously we grow up wanting to win major championships. That’s where the role history and legacy is. The Olympic Gold has been an incredible gift in my career. People have been very excited about it, to be the first to win the Gold for a long time. I’m so happy it fell to me. It’s been a lot of fun.

But WGCs, whenever you beat the top players in the world, that gives a tournament victory so much more meaning, and obviously with a leaderboard like we had today with Dustin, Brooks, Stenson, I take a lot of pride in winning this tournament.