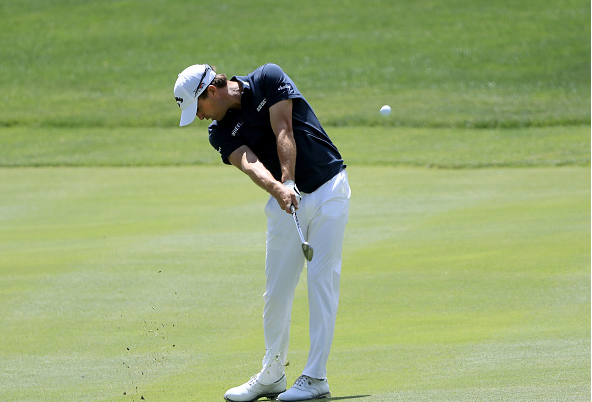 Kevin Kisner’s 2015-16 victory, his first professional win, did not come out of nowhere, nor did it surprise anyone. At that point of his career, Kisner had done everything but win.

He had finished T4 at the previous year’s McGladrey Classic (precursor to the RSM), and he put the entire Tour on notice when he nearly won The 2015 Players Championship, losing in a three-man playoff with long-time Players Specialist Sergio Garcia and eventual winner Rickie Fowler.

Everyone knew he was comfortable playing in the region as well; he is originally from nearby South Carolina and he was a collegiate golfer at the University of Georgia. Playing well was not unexpected, but the way he absolutely blitzed the field was.

Six-stroke victories do not happen often on the PGA Tour, and now he will be facing an embarrassed, angry field looking for redemption. The proverbial target is on his back.

Despite the victory last year, Kisner’s career has not quite taken off the way many thought it might. Kisner stayed hot after the RSM, posting solo-9th at the Hyundai Tournament of Champions, and a T5 at the Sony Open in his next two tournaments.

But since that stretch, the results largely have not been there. From January on, he did not really contend anywhere, with no finishes higher than a T10, and he was irrelevant in the majors, although he did make the cut in all four (finished T37, T49, 76, T18 respectively).

In that respect, his career trajectory has plateaued. But Kisner hopes that a return to the scene of his greatest glory will jumpstart his career.

“We worked so hard to get to what I wanted to achieve, John (trainer) and I, and we probably branched off of it a touch trying to get better,” said Kisner. “Sometimes you don’t have to get better. Sometimes you just have to keep doing what you’re doing so we’ve kind of gone full circle back to what we were working on, which is the things that got us to where we were. We’ve set up a plan and we’ll see what happens with the results.”

Coming back to a place where Kisner feels comfortable should provide a good litmus test of where Kisner’s game is.