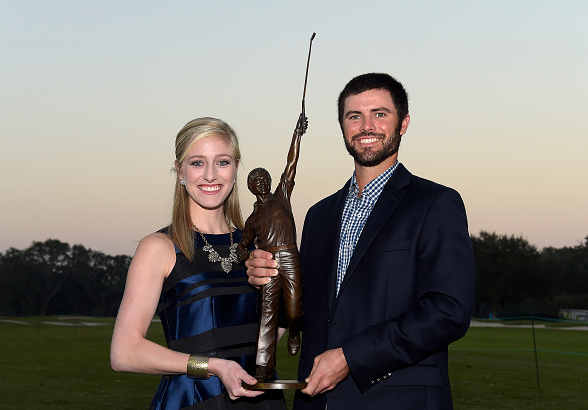 Wesley Bryan was awarded the Player of the Year on the Web.Com Tour after a remarkable year. A trick-shot phenom, Bryan quickly made a name for himself by racking up 3 wins, a runner-up and seven Top 10s in just 15 events on the minor league tour.

Bryan received a promotion straight to the PGA Tour after his third victory.

The 26-year-old South Carolinian led the Web.Com Tour on the Money List and Putting Average Per Green, which proves the saying “drive for show, putt for dough.” Bryan also finished 2nd in Birdie Average and 3rd in Scoring Average.

Bryan and his brother George, known as the Bryan Bros, became a youtube stars as their trick-shot videos went viral.

George, who has Tour aspirations as well, carried Wesley’s bag for most of the season. George missed out on getting to the final stage of Q-School by making a double bogey on the final hole.