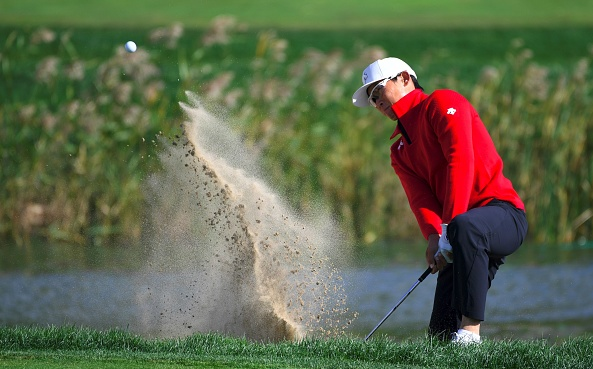 Whee Kim posted a bogey-free 6-under 65 at TPC Summerlin and holds the clubhouse lead at the Shriners Hospitals for Children Open following a daylight-shortened day one. 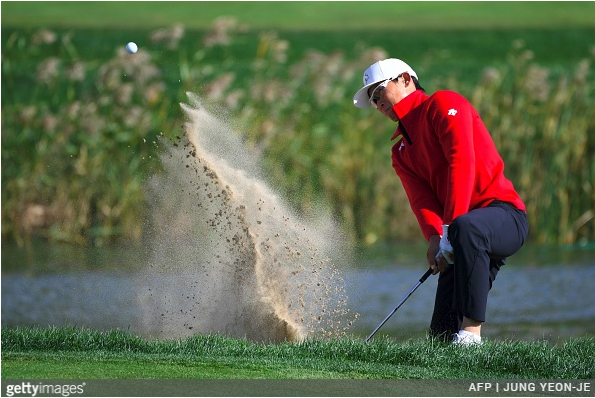 The 25-year old South Korean, coming off a career best solo-fourth at the CJ Cup, signed for a card with six birdies, including two over his final three holes.

“I had a really good putting all day,” Kim said. “Didn’t miss any putts. I think I didn’t do any stupid mistakes all day. I think that was key. The greens were a little slower than what I expected like the last two years. But it was still fast and firm.”

A group of five players are deadlocked at 5-under 66, headlined by 22-year-old sponsor invite Jimmy Stanger.

Before play was suspended, the former Virginia star had completed 15 bogey-free holes, highlighted by a hole-out eagle on the par-4 15th.

Another nine players are at 4-under 67, T7, including several of the biggest names in Vegas such as Bryson DeChambeau, Kevin Chappell, Patrick Cantlay, and a rested and ready Billy Horschel.

“I’ve worked really hard on my game,” said Horschel, who took seven weeks off following a 62nd finish at the BMW Championship. “Todd Anderson and I have done some really good work. You’re always a little apprehensive coming out to your first event, and also on top of the work, seeing how is it going to translate over from practicing. It’s been really nice all week. Is it exactly where I want? No. But it’s a lot better than it’s been for the last year and a half.”

A logjam of 13 players are tied for 16th, at 3-under 68, led by last week’s Sanderson Farms winner, Ryan Armour, and the field’s top-ranked player, Charley Hoffman (No. 24).

En route to his 68, the UNLV grad made three birdies, one bogey, and an eagle on the par-4 15th after driving to 6 feet.

“I was able to make the putt. That was nice to get the round going,” said Hoffman said.