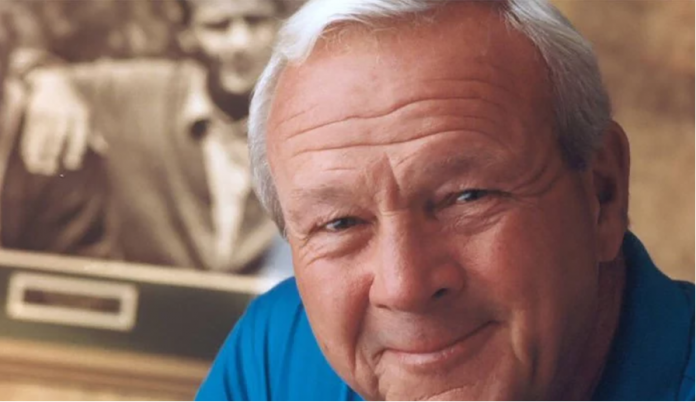 Arnold Palmer died on Sunday in Pittsburgh, near his hometown of Latrobe (PA), at the age 87, due to complications of the heart.

“We are deeply saddened by the death of Arnold Palmer, golf’s greatest ambassador, at age 87,” the USGA said Sunday night.

We are deeply saddened by the death of Arnold Palmer, golf's greatest ambassador, at age 87. pic.twitter.com/iQmGtseNN1

Palmer is considered one of the greatest professional golfers of all time. He is credited with growing the game beyond the country club-set.

With rugged good looks, and an accessible persona, he became the face of golf as the sport made its move into the TV age during the late 50s and early 60s. His star shown so bright that he became simply known as ‘The King’ who led his own army.

“Arnold meant everything to golf,” Tiger Woods said. “I mean, without his charisma, without his personality in conjunction with TV — it was just the perfect symbiotic growth. You finally had someone who had this charisma, and they’re capturing it on TV for the very first time. Everyone got hooked to the game of golf via TV because of Arnold.”

Thanks Arnie for 25 years of friendship. Can't talk golf without thinking about the King. Happy 87th.

Jack Nicklaus, who along with Palmer and Gary Player, formed the Big Three, which helped globalize the game in the late 60s and 70s, noted that Palmer was always a fighter, right to the end.

I just got the news at about 8:45 that Arnold had passed. I was shocked to hear that we lost a great friend (continued) pic.twitter.com/skehUsQgww

Palmer was born in 1929 in Latrobe, PA – a working class city just outside of Pittsburgh – to Doris and Milfred Jerome “Deacon” Palmer. His father was the head pro and greenskeeper at Latrobe Country Club.

He attended Wake Forest on a golf scholarship, but after a close friend died, Palmer left school and enlisted in the U.S. Coast Guard. After serving three years in the Coast Guard, he returned to Wake Forest and won the U.S. Amateur Open in 1954.

Palmer married “the love of his life” Winfred ‘Winnie’ Walzer that same year (1954). Winnie once said, “I met him on Tuesday; he asked me to marry him on Saturday.” (They were married for 45 years, until her death from cancer at the age 65 in 1999.) 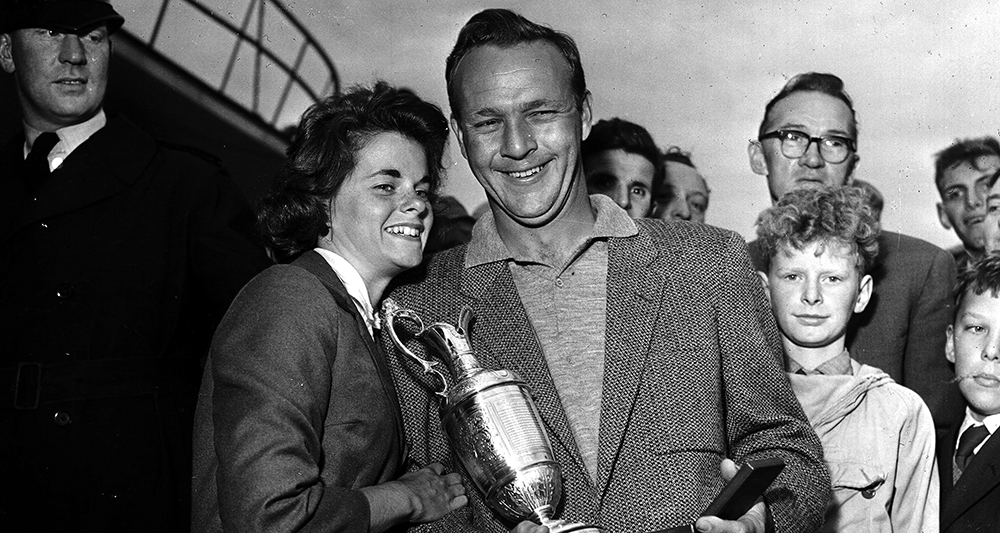 Palmer would turn pro shortly thereafter. His first PGA Tour win was at the 1955 Canadian Open where he won $2,400.

Palmer won his first major championship at the 1958 Masters, which cemented his status as the leading star in golf. He would go on to become one of the most marketable personalities in all of America.

His longtime agent, Mark McCormack, listed five attributes that made Palmer especially marketable: his good looks; his relatively modest background; the way he played golf – taking risks and wearing his emotions on his sleeve; his involvement in a string of exciting finishes in early televised tournaments; and his affability.

Palmer’s most prolific years were from 1960 to 1963, when he won 29 PGA Tour events, including five major tournament victories, in four PGA Tour seasons. In 1960, he won the Hickok Belt as the top professional athlete of the year and Sports Illustrated magazine’s “Sportsman of the Year” award. 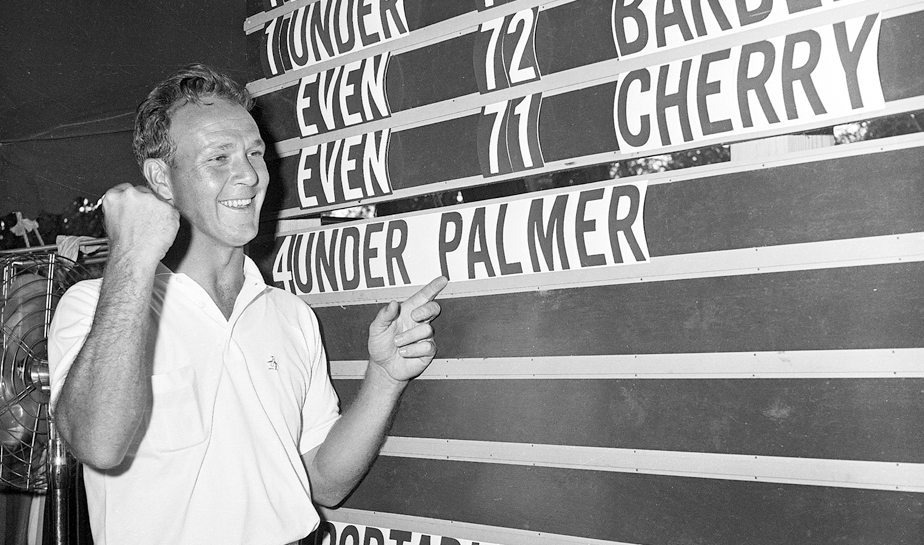 In 1967 he became the first player to reach one million dollars in career earnings on the PGA Tour. Palmer won a PGA Tour event every year from 1955 to 1971.

Palmer had the unique ability to connect to the common man as well as the most powerful. 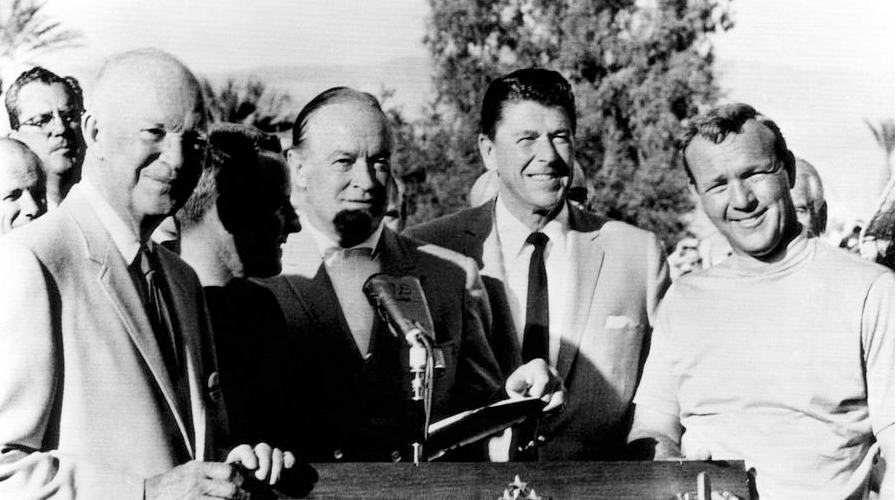 Palmer was reportedly best friends with Dwight Eisenhower, and regularly played golf with U.S. presidents. He was the awarded the Presidential Medal of Freedom in 2004 by President George W. Bush.

For all who love the game of golf and love to see it played, there has never been a sight quite like Arnold Palmer walking down the fairway toward the 18th green. The great Vin Scully once said, "In a sport that was high society, Arnold Palmer made it 'High Noon.'" Laura and I are saddened by Arnie's death and send our sincere condolences to his family, friends, and fellow fans. He was a great American whose friendship – and swing thoughts – will be missed.

He was the first golfer to be awarded the Presidential Medal of Freedom. Jack Nicklaus (2005 via Bush) and Charlie Sifford (2009 via Obama) followed Palmer, and remain the only three.

Here's to The King who was as extraordinary on the links as he was generous to others. Thanks for the memories, Arnold. pic.twitter.com/UlyfpIBOL2

He also had a successful business career – as a product pitchman, golf course designer, and all-around ambassador of the game. Arnold Palmer was a true American icon, whose name transcended golf, and sports in general.

A tribute to The King: Arnold Palmer's influence on golf. #ArniesArmy pic.twitter.com/5l9byOuClm