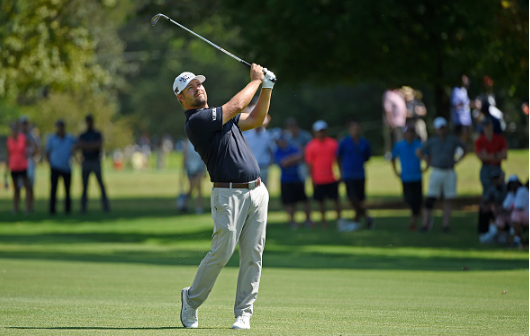 Ryan Moore was chosen by Davis Love III as the last captain’s pick for the US Ryder Cup team. And it’s most deserved.

As we noted, the final pick was essentially between Bubba Watson and Ryan Moore heading into Sunday’s final round at East Lake. Bubba was the safe pick, simply due to his star power and gaudy world ranking which is becoming more and more suspect. While Moore was the smarter, yet more unconventional, choice.

The rankings for the Ryder Cup are compiled over a two year period. Which seems like a fair way to go about it. But it doesn’t take into account for players who get hot down the stretch (or players who go south late).

Aside from Dustin Johnson, no other member of the U.S. team has played better than Moore down the stretch. Since late July, he leads all U.S. team members in scoring average, money earned, and Top 10s. And for the full 2016 season he finished 7th in the final FedEx rankings, ahead of all team players other than DJ, and Patrick Reed.