Jin Young Ko fired a 4-under 68 on Sunday and captured her first LPGA Tour victory at the KEB Hana Bank Championship. 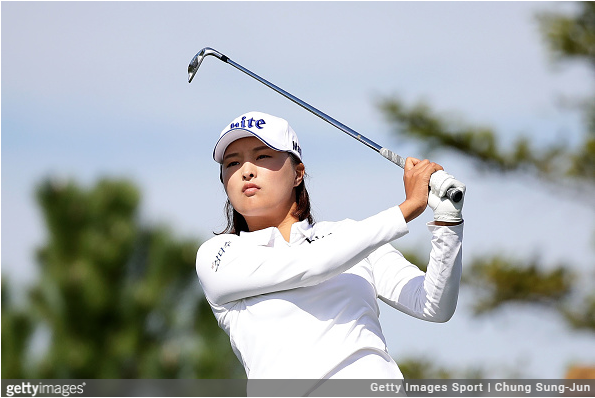 The South Korean, who started the final round two up on compatriot Sung Hyun Park, quickly lost the lead after bogeys on 2 and 3. But the 22-year old recovered nicely – and then some, by making birdies on holes 5, 7, 8, and 9 to get to 17-under, one ahead of Park, the reigning Women’s U.S. Open champ.

Park hung in there, and tied it up with a birdie on 11, but Ko took the lead again with a birdie on the par-3 12th. A pair of bogeys by Park on 14 and 16 gave Ko a three shot advantage and effectively ended the drama.

“After I made the two bogeys I had a really long chat with my caddie,” Ko said. “He kept reminding me that being nervous was quite natural, that I needed to accept those nerves. I kept reminding myself of that.”

Ko finished the tournament at 19-under 296, two shots better than Park’s 17 under.

“Although I didn’t win, I think I had a really solid, good round,” said Park, who with a win would have moved into the No. 1 spot in the Rolex World Rankings. “It’s not easy to lower your score in the final group of the championship, and I managed to get a four-under round.”

In Gee Chun, also a native South Korean, posted a final-round 69 to round out the top 3 at 16 under.

Defending champion Carlota Ciganda carded an even-par 72 on Sunday to finish tied for eighth at 10-under. 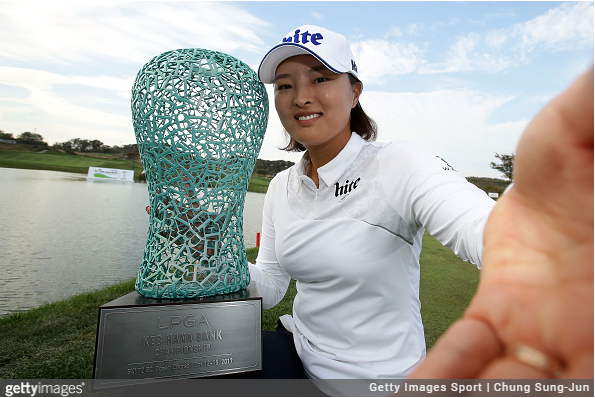 “I attend service. It’s Sunday today but obviously I couldn’t make it. This week every evening I’ve been searching YouTube for sermons by preachers. Then there are theology Ph.D. students who have the YouTube channels where they kind of explain the Bible. I’ve been doing my own homework and trying to understand the Bible more.”