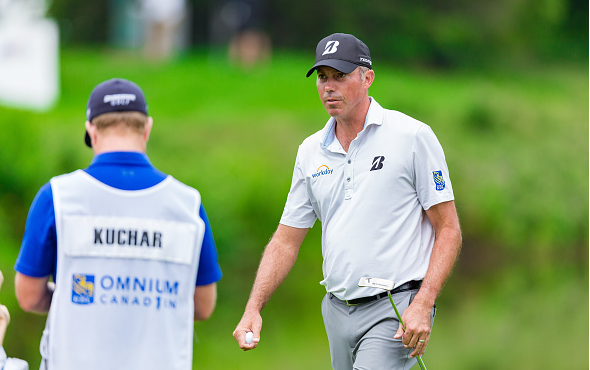 Matt Kuchar was a central figure in the Open Championship story last weekend, a tournament where he was in the second position on the leaderboard all week, briefly capturing the lead on Sunday before a Jordan Spieth four-hole explosion meant a runner-up finish.

It was an excellent showing for the 39-year-old Kuchar, who, while coming up short in his bid for his first major, made few errors, and at least looked healthy.

Now, after his first round at the RBC Canadian Open, his health is a bit of a question mark. Kuchar battled surprising dizziness, needing to be visited by an on-course medic during a round of 71.

Matt Kuchar got off to a tremendous start at the RBC Canadian Open, reaching four-under through 11 holes despite dizzy spells that required on-course attention. After a double bogey on his 12th hole and another bogey on his 18th, Kuchar finished his round at one-under 71.

“I had a couple of spells where I got a little bit dizzy and I felt weak. I don’t know where it came from. I’ve had plenty of time to get over the travel. Hopefully it’s just something that passes real quick.”
–Matt Kuchar