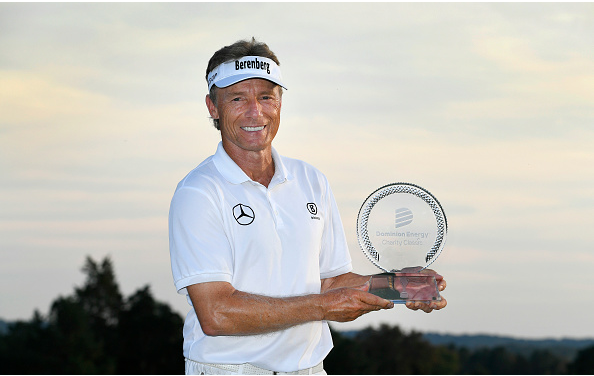 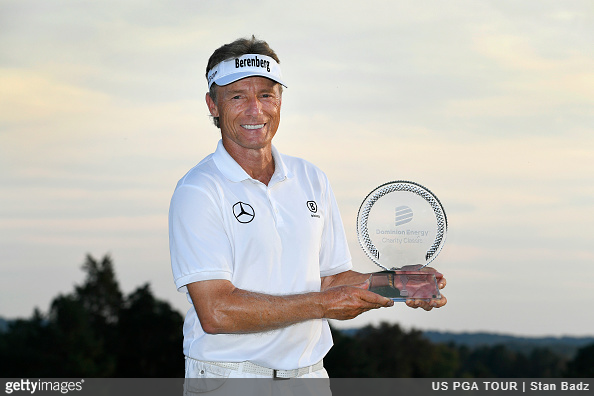 Bernhard Langer eagled the 18th hole on Sunday to win the Dominion Energy Charity Classic by one stroke over Scott Verplank.

The 60-year old Langer entered the final hole at The Country Club of Virginia’s James Course down one to Verplank, who was in the clubhouse at 15 under.

Langer, even par on the day, needed a birdie to force OT, or an eagle for the outright win. The senior star chose the latter.

After a perfect tee shot, the four-time Charles Schwab Cup champ hit a perfect cut with a 3-wood to 15 feet of the pin, and then drained the eagle putt for the win.

Verplank posted a bogey-free 6-under 66 and finished alone in second.

The victory was Langer’s sixth of the season and 35th of his career on the senior tour. He earned $305,000 and clinched the No. 1 seed for the season-ending Charles Schwab Cup Championship in Phoenix.