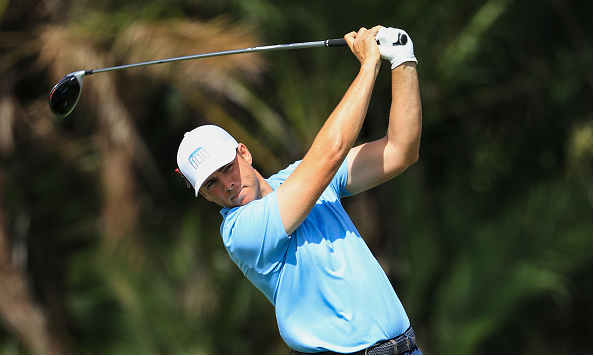 Of the 138 players who teed it up on Friday at PGA National, only 12 finished under par. Two of those were Luke List and Jamie Lovemark, who share the top billing at the halfway point of the 2018 Honda Classic at 3-under par 137. 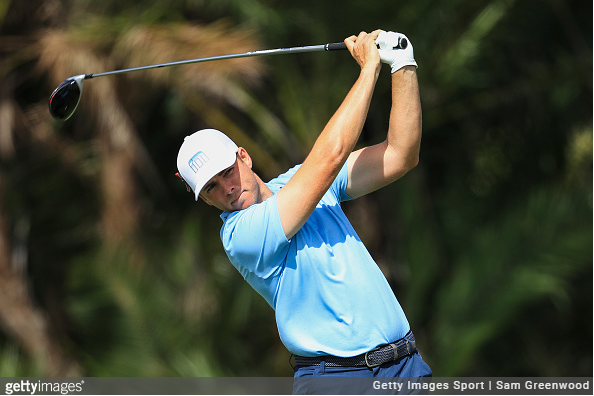 List took advantage of the day’s earliest tee time (6:35 am) and played to a 3-under 32 before the brutal winds arrived on his homeward nine. The 33-year old Vanderbilt product finished his second day at PGA National with five birdies against just one bogey.

“The wind wasn’t crazy on the first back nine and when we made the turn it was really whipping, so I just hung on on the back nine,” said List, who is still searching for his maiden PGA Tour title.

The 30-year old Lovemark, who’s hit a 19 of 28 fairways through two rounds, cited a new driver and new shaft for his improved performance off the tee.

“I’ve been really struggling with driving this year. I think I finally found a driver I liked and switched shafts. It’s doing pretty well,” said Lovemark.

“It’s a second-shot golf course so just got to putt it in the right spot.”

Following a second-round 72, overnight co-leader Webb Simpson is one back at 2-under par 138. The 32-year old North Carolina native birdied his first and last, but also signed for a card with a pair of bogeys and a double on the par-5 18th (his 9th hole).

“I had a couple sloppy mistakes on 18 and 2. I had a pitching wedge in my hand on 18 and just made a bad swing, cost me a double there. 2, I made a mental mistake,” said Simpson.

“But other than that, it was pretty solid. It was nice to finish off with a birdie.”

Simpson is tied for third with a pair former Honda winners in Russell Henley (2014), and Rory Sabbatini (2011), as well as reigning Race to Dubai champ Tommy Fleetwood, who posted an impressive 2-under 68 in the late afternoon wave.

Justin Thomas made double bogey on the par-4 16th to break a string of 15 straight pars. It was the only color on his card, as the 24-year old Alabama product finished +2 with 17 pars. 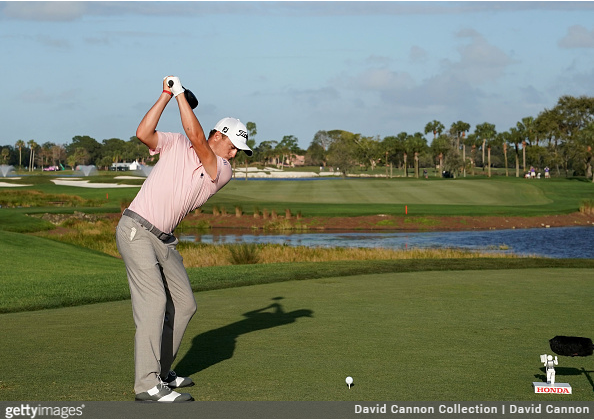 “I’m in a great position. I’m playing really well. Obviously upset with 16, but man, I played really solid out there. I had some great par saves,” said Thomas.

“Even have the opportunity to have a bogey-free round on a day like today was good.

“But I’m in a good spot, really good spot going into this weekend. So I just need to continue to try to play well.”

The 72 for Thomas also broke a string of 14 consecutive rounds of par or better, dating back to the final round at Kapalua.

Tiger Woods followed up an opening-round 70 with second-day 71 to sit T14 at 1-over par, one clear of Sergio Garcia who posted an even-par 70.

Rory McIlroy signed for a second-straight 72 and is 4-over par, one clear of the cut line at +5.

Defending champion Rickie Fowler continued to struggle, posting a second-round 76 to miss the cut at 7-over par. It’s Fowler’s second MC in his last three starts.

“I haven’t been swinging it great the last — it was okay in Kapalua, but I would say the last, what’s that, month, month and a half, it hasn’t been great,” said Fowler, who also missed the weekend at Torrey Pines.

“Yeah, it was barely light when we teed off in twosomes. So we had to pace ourselves so we wouldn’t be waiting too much when we made the turn but really enjoyable day. Thomas is a great player and good guy, so we had fun out there.”
– Luke List