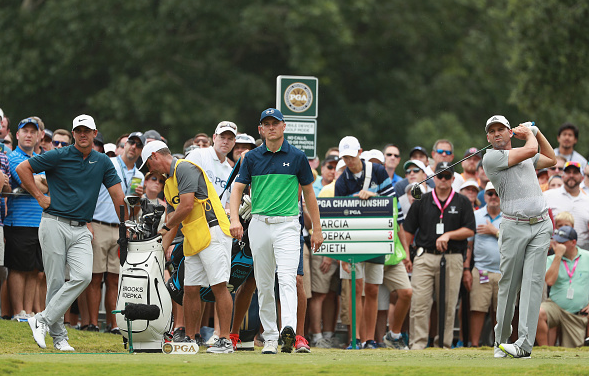 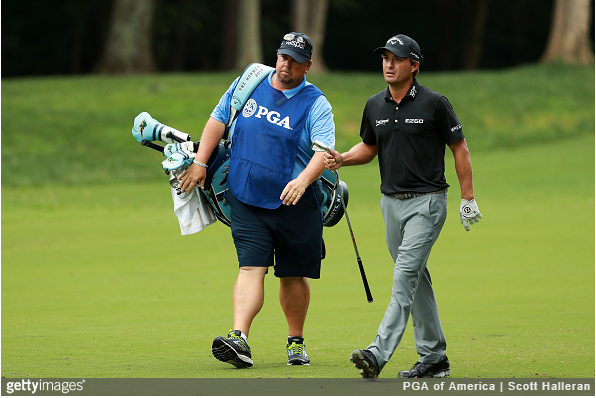 “I’ve spent every Thanksgiving and Christmas in Charlotte from childhood to marriage. Been here a ton. Got a lot of ties to Quail Hollow. Brother-in-law’s father is a founding member here. He’s still a member here.

We spent a lot of time in Charlotte; my 93-year-old grandmother still lives here by herself. We’re here all the first time, only two hours away.

On the Aiken piece, when I was playing mini-tours and I was broke, that’s the only place I could afford to buy a house and I went back there. I just love it. I have a core group of friends that we hang out with that don’t pester me about golf and we hang out and have a couple beers on the back porch. That’s what I love about it.” 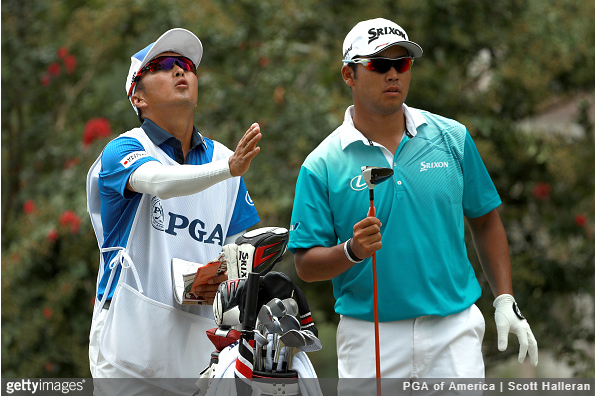 “I wish I knew, Sean. You know, I don’t know if it’s made a difference, but I did switch putters last week. It seems that carried over well this week.

The greens here at Quail Hollow, as you know, are really fast. And there’s a lot of putts that honestly, I’m not trying to make. I’m just trying to get it up near the hole, and a lot of them are going in.” 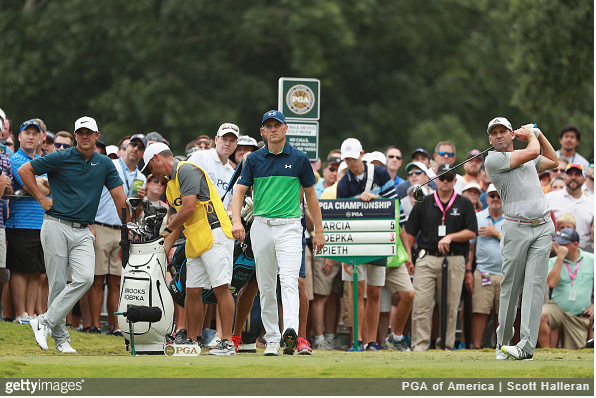 “I kind of accept the fact that I’m essentially out of this tournament pending some form of crazy stuff the next couple of days. I’m sure going to give it a try. As we came out of the rain delay, it was — I’m a little upset at the bailing out I did on a couple of shots.

The tee shot on 14, tee shot on 15, 18. Just no reason to bail out on those at this point in the position I was in. So I was a little frustrated there. Other than that, my frustrations were letting me down. Just tried to calm down and simplify things a little bit.” 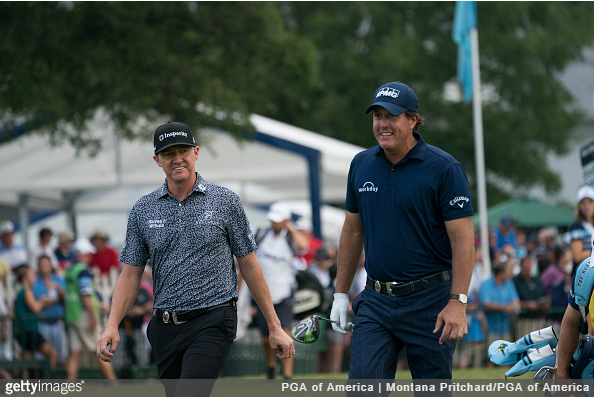 “It’s a little different golf course than what we’ve played in the past. One of reasons I’ve played so well here is because there’s no rough. Here there is some severe rough.

Coupled with the fact that I hit the ball above the hole most of the time, that wasn’t a good combination.”

RORY MCILROY: On The Amount Of Players Over-Par 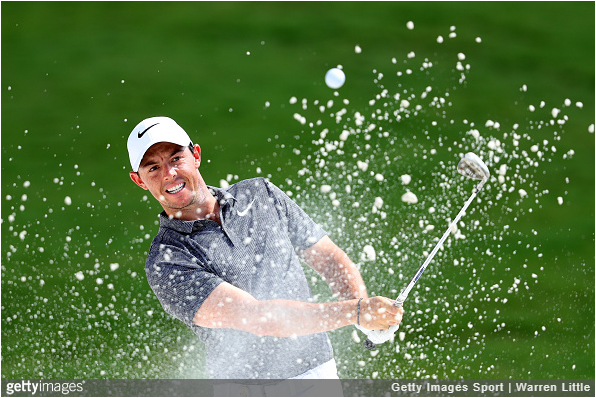 “Look, it surprised me; this is not the Quail Hollow we have gotten to know over the last ten years. It’s a completely different golf course.

Even if they didn’t do anything else with the golf course and just changed it to full bermuda like it is now, all of a sudden makes the golf course two shots more difficult. Just with the lies that you get in the rough, trickiness around the greens.

Even just that — so yeah, it’s a much tougher practice, and I’m not — after what I’ve witnessed over the past two days, no, I’m not surprised to see so many guys be over par.”