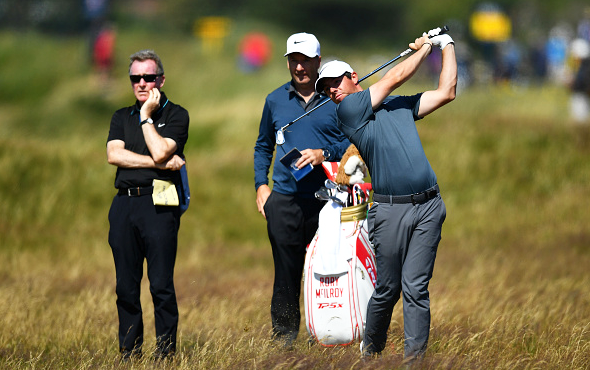 Another player attempting to look at the positives after a disappointing week at the European Tour’s Scottish Open is world No. 4 Rory McIlroy, who missed the cut by two strokes after a 74-71 start in his tournament defense.

Despite missing the cut in three of the last four events he’s entered (MC: U.S. Open, Irish Open, and Scottish Open), there was one big positive for the former world No. 1: extra on-course practice time.

McIlroy went straight from the Scottish Open to the Open Championship site at Royal Birkdale, getting in practice rounds on both Saturday and Sunday.

“If I had been out there shooting 77s and 78s, I’d be really worried, but I’m not. I shot 1 under on Friday. It could have been a little better, but it’s not far away. It’s all around even par, but even par these days is not good enough. I feel like the line between shooting these scores of even par and getting to 4, 5, 6 under par in a day, the margins are so fine. So it’s about staying patient and working on the right things.”
–Rory McIlroy