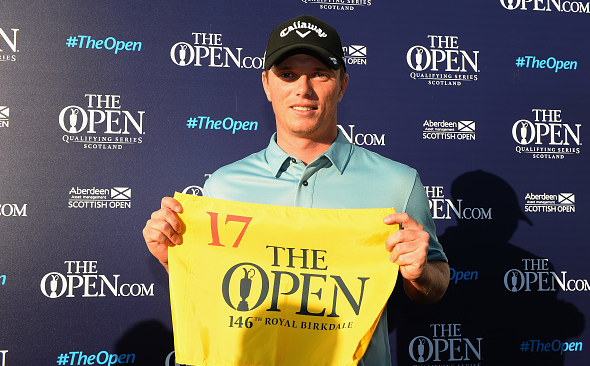 England’s Callum Shinkwin had a disappointing end to an otherwise great tournament at the European Tour’s Scottish Open, carding a bogey 6 on the par-5 final hole, and then losing the playoff to Spain’s Rafa Cabrera-Bello.

It would have been Shinkwin’s first career European Tour victory, and while it was undoubtedly painful, the 24-year-old still receives one heck of a consolation prize: a spot in this week’s Open Championship.

As part of the Open Qualifying series, the top three finishers inside the top 10 not already qualified were granted spots, meaning Shinkwin is in, along with third-place finisher Matthieu Pavon of France and Andrew Dodt of Australia.