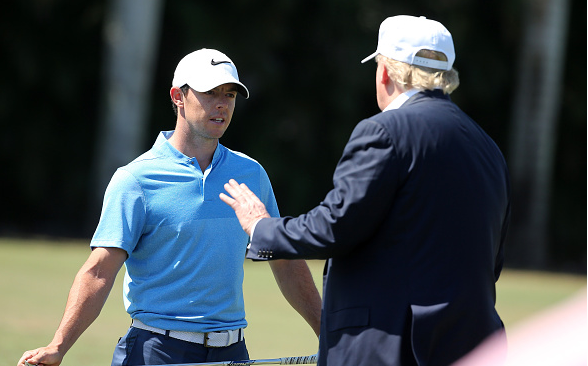 I guess they’re not called the fake news media for nothing.

In what reads like a satirical opening paragraph, a reporter named Kelly Cohen of the Washington Examiner breathlessly writes, “The White House on Monday admitted that President Trump Sunday actually played more than “a couple” of holes of golf in Florida, as the White House originally claimed.”

Sarah Huckabee Sanders, a White House spokeperson, wrote a statement to clarify (while probably shaking her head), “As stated yesterday the President played golf. He intended to play a few holes and decided to play longer. He also had a full day of meetings, calls and interviews for the new NSA, which he is continuing today before returning to Washington, D.C., tonight.”

Apparently the fake news media learned about the discrepancy in the amount of holes-played while reading a story at the website NoLayingUp.com.

In the blog post, Rory McIlroy reported that he played “18 holes” (not “a couple”) with the president, along with Paul O’Neil and Clear CEO Garry Singer.