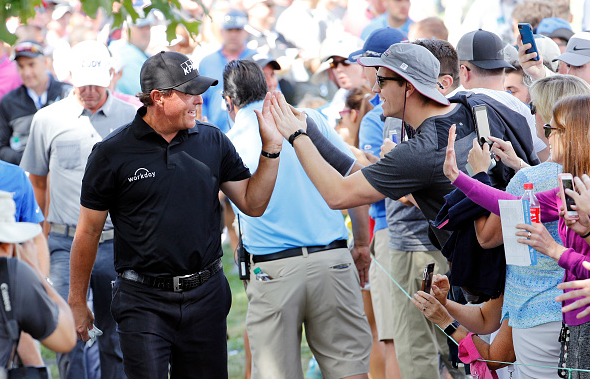 There has been very little good news lately in the camp of Phil Mickelson. His form has been poor for months and most of the talk surrounding him lately has been in the form of questions about whether he has blown his chances of making the Presidents Cup team. 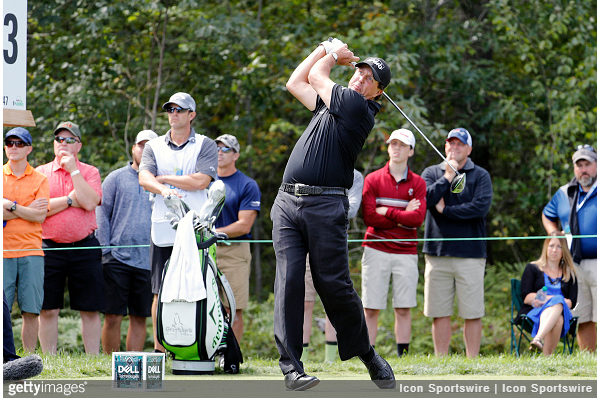 However, just as the second round diametrically changed the narratives on DJ and Spieth, another solid 18 holes of golf has Phil feeling good again.

Thanks largely to his world-class short game, Mickelson shot a 4-under 67 in round two that has him suddenly inside the top 10. The five-time major champion attributed his improved performance to improved health.

“These first two days, my visualization, my mental clarity and focus have been much better but my energy level has been up,” said Mickelson, who visited with his doctor following the PGA Championship. “I’m going to go practice when we’re done. I haven’t done that in a while because I’ve been so tired after the round, and I just feel a lot better.” 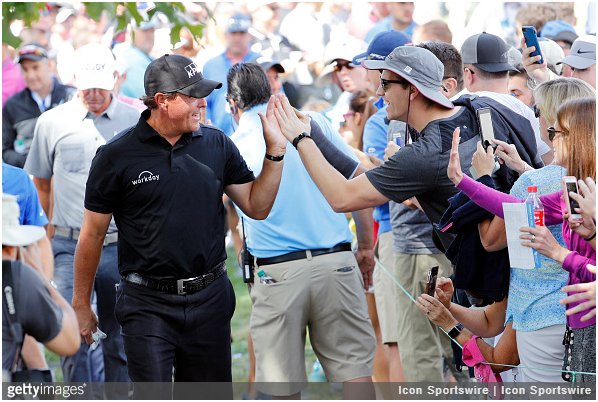 When asked if wished he’d seen the doctor sooner, given his improved play, Phil said, “I wouldn’t have thought that that would have been the issue. I just thought, I don’t know, I wasn’t seeing the shot. I didn’t think it was a medical thing.”

If Phil can make these past 36 holes a trend rather than an aberration, it is hard to imagine that Presidents Cup Captain Steve Stricker would not reward him with one of those much coveted spots on the team.