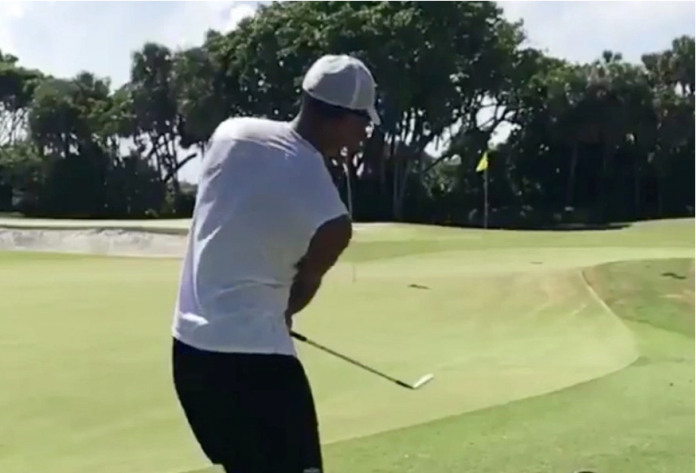 While he is still far from any sort of return, Tiger Woods made a step in the right direction late last week. Woods took to Twitter to let golf fans know that he was medically cleared by his doctor to start pitching again.

Dr. gave me the ok to start pitching pic.twitter.com/tboq1L3Xdn

The 41-year-old will look to continue his slow and steady recovery in hopes of forgetting a disastrous 2017. After playing only one competitive round in January, Woods went back on the shelf for his fourth back surgery.

The year only got worse for Tiger as he was arrested for a DUI back in May and just last week nude photos of him and his former girlfriend, Lindsey Vonn, were leaked on the Internet.

Like him or not, at this point his career, Tiger still demands the attention of everyone around the game of golf and beyond that. As fans, we just don’t want to believe that he’s done competing, because when Tiger steps up on the tee, we all watch.