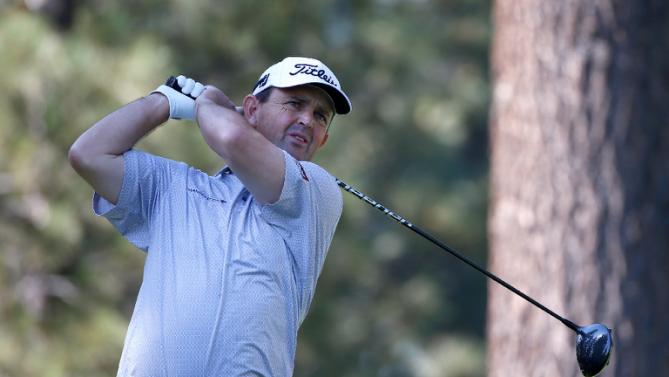 The 42-year-old Australian had a 10-point round to reach 24 points at Montreux in the scoring system that awards eight points for double eagle, five points for an eagle, two points for a birdie and deducts a point for a bogey and three points for a double bogey or worse. –ESPN

What They Said
“I played OK. It wasn’t as good as yesterday ball-striking-wise, but then I ran in a lot of really nice putts. … I stayed out of trouble on the holes I needed to and picked up some really good birdies where I needed to.”
– Greg Chalmers, Leader

“Yesterday morning the greens were immaculate. If you hit a good putt, it was pretty much going in. This afternoon, I hit two or three putts from 6 to 10 feet, felt like I hit good putts, and they wiggle around and miss. Same for everyone that plays in the afternoon. It’s just kind of the nature of these greens. Hopefully, I can have some wiggle in the next couple of days.”
Martin Laird, T-2