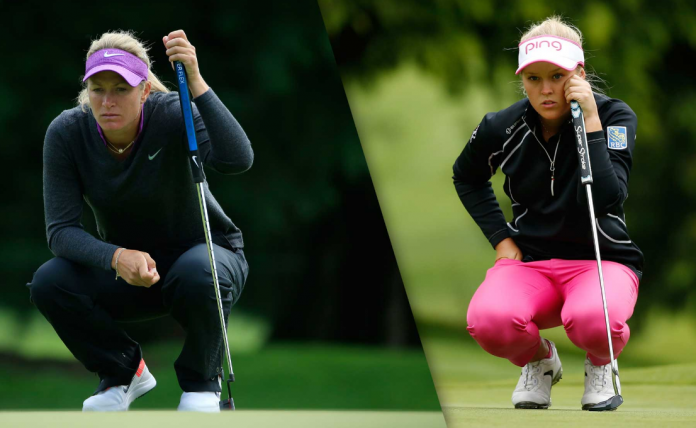 Defending champion Brooke Henderson and Sweden’s Suzann Pettersen shared the lead at 11-under 133 after Friday’s second round of the LPGA Cambia Portland Classic.

Pettersen shot the day’s low score with an 8-under 64, while No. 2 Henderson, an 18-year-old Canadian who won her first LPGA Tour event last year in Portland, shot 68 at Columbia Edgewater.

Pettersen and Henderson, who have combined to win three of the past five Portland Classics, led by one stroke over Colombia’s Mariajo Uribe, who shot 67. –THE STAR

They Said It
“I think I’ve had some kind of high points and low points over the last seven-week stretch. I like to play a lot though. I considered taking a week off, then like what am I going to do? I am just going to go home and practice. I might as well go and play and just conserve energy where I can and just try and focus on the things that I need to.”
Brooke Henderson

“I feel like when I putt well I can put a good score. Today I felt like I could make anything. That’s a nice feel. It’s starting to show results. Yeah, just got a nice flow. I’m excited for the game to kind of come around for this time of year; next week as well. Just try and go out and play another two great rounds and then see where it takes me.”
Suzann Pettersen