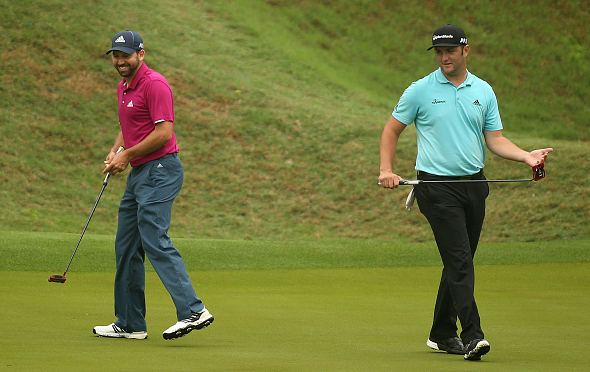 Jon Rahm beat his fellow Spaniard, Sergio Garcia, 6 &5 in what was essentially the championship match of Group 7. Garcia, at No 7, had a tough draw getting the up-and-coming Rahm (21) as his B player, who is arguably as talented as anyone in the field, outside of maybe Dustin Johnson.

Although it didn’t drop, it landed close enough where Garcia had to concede the match.