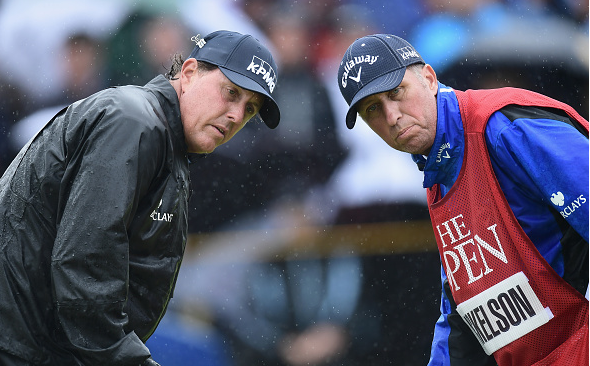 Jim “Bones” Mackay might no longer be an employee of five-time major winner Phil Mickelson, but it does not seem like he will have trouble getting a positive reference from his old boss.

In his first public comments since the high-profile split last week, Mickelson raved about Mackay on The Dan Patrick Show, expressing a belief that many of the better pros on Tour will be knocking down his door.

“I think that he’s going to have opportunities to be on the bag of some great, great players. I think a lot of the top players are going to want him on their bag because of his experience, his knowledge, his ability to think clearly under the gun, his Ryder Cup and Presidents Cup experiences. Knowing and having such a high golf IQ, I think he’s going to be able to bring a lot to the table for a number of players.”
–Phil Mickelson