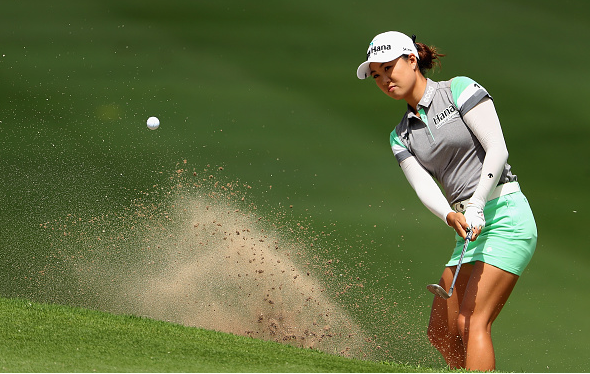 MELBOURNE, APRIL 19 – Minjee Lee has proudly put her name to MyGolf, Australia’s national junior participation program, which is jointly run by Golf Australia and the PGA of Australia. Australia’s top-ranked female golfer joins men’s world No.3 Jason Day as a joint ambassador of the booming program that’s designed to boost the growth of junior golf around the nation.

Lee, 20, herself a recent graduate of the Golf Australia high performance pathway, is thrilled to be involved with MyGolf.

“It is a great privilege to support MyGolf as an introductory pathway to golf,” she said. “Golf is such a great sport to be involved with for both girls and boys, not only from a playing perspective, but also from a social viewpoint. And MyGolf is a brilliant way to introduce the next generation of Australians to golf.”

“Minjee has been involved with Golf Australia’s high performance programs for some time and has quickly developed into Australia’s top female professional golfer. Her willingness to give back to the game is testament to the person she is – and it’s brilliant to see her so passionate about getting young children, particularly young girls, into golf,” Pitt said.

“Minjee is one of Australia’s leading tour professionals and, along with our top-ranked men’s player, Jason Day, we are thrilled that we have the nation’s two leading professional golfers supporting our most important development initiative, MyGolf,” Kirkman said.

MyGolf has recently 6500 enrolled participants across 576 registered centers in Australia this year.