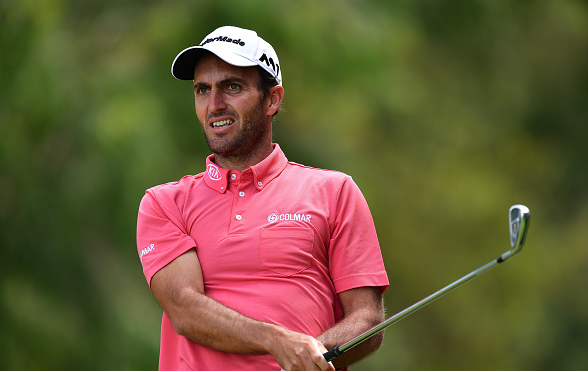 Edoardo Molinari fired a 5-under 68 on Sunday, and beat Irishman Paul Dunne in a playoff to capture the Trophée Hassan II.

The 36-year-old Italian made eagle-3 at the 18th to take the outright lead, but Dunne, the 54-hole leader, followed up with a clutch birdie to force a playoff.

After Dunne missed a six-footer for par on the first sudden-death hole, Molinari tapped-in for par-five to claim his third European Tour victory – his first since 2010.

Englishman Paul Waring finished solo-third at 8-under after carding a final-round 70.

A look at Molinari’s final two shots on the 18th to finish with a clutch eagle.

A look at Molinari’s two putts in overtime that helped him secure his first tournament in over six years.

Edoardo Molinari is a winner again ?

“To be able to win this week deletes a lot of bad memories and hopefully I can keep going down this road… It just shows that you should never give up, you should always keep trying, keep working hard.”
–Edoardo Molinari, Trophée Hassan II Winner