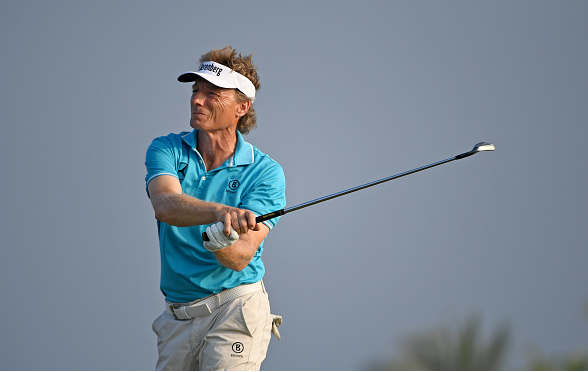 Ageless Bernhard Langer made a Sunday charge at the Mitsubishi Electric Classic in Georgia. The 59-year-old German star entered the final round tied for 21st at 4-under – five shots back of leader Stephen Ames.

But the four-time winner of the Schwab Cup fired a sizzling 7-under-65 at TPC Sugarloaf, and is currently the clubhouse leader at 11-under – two shots back of Ames who has several holes to play.

Langer’s round was highlighted by this incredible 40-foot birdie putt on the par-4 15th.

Watch out. Here he comes.

Bernhard Langer is now only 2 back at the @MEClassicGolf. pic.twitter.com/ilagXIRfUu