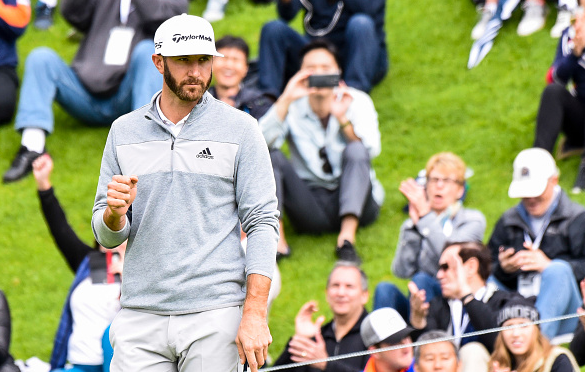 The top two money leaders, Hideki Matsuyama and Justin Thomas, didn’t exactly light up the scoreboard at Riviera with Matsuyama missing the cut and Thomas ending at T39. But the two, with such a head start, still hold the top-two spots, respectively, after the Genesis Open.

Jordan Spieth had a solid 3-under final round to finish at T22 and hold off Pat Perez for the third spot on the money list. Perez started hot (67-66) but finished +1 (73-72) for the weekend to drop to the 28th spot and remains at number 4.

Like Spieth last week, Dustin Johnson arrived at Riviera outside of $1M (at $766K). But, thanks to a winner’s check worth $1.26M, DJ zoomed right through the $1M neighborhood and straight into the $2M club.

Last week we had 15 players inside the $1M club. This week, we can add two more.

In addition to the aforementioned DJ, Olympic Gold medalist Justin Rose, another Taylormade star, scored $275K for his T4 finish and has now banked $1,202,855 in just 4 starts.