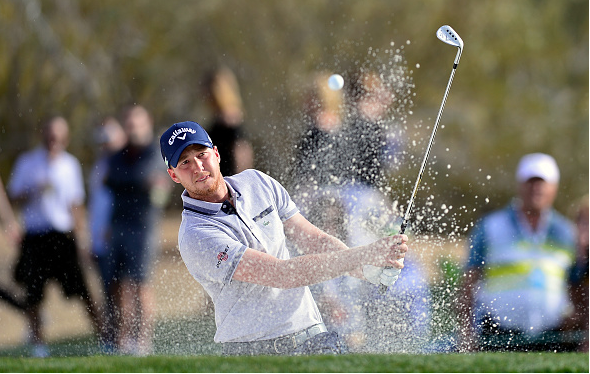 This week the PGA Tour heads down to Houston for the Shell Houston Open. The field will be play the Golf Club of Houston, which is a Par-72 that measures out to 7,457 yards. This tournament is significant to a lot of players as they prep for the trip to Augusta.

The field is headlined by Henrik Stenson, Jordan Spieth, Rickie Fowler, Matt Kuchar, and Phil Mickelson. To go alongside our 5 power picks, here are the 5 sleeper picks for this week.

Despite missing 5 cuts this season, Herman has played very well. Herman has racked up 4 Top-15 finishes and a recent finish of T3 at the Valspar Championship. Also, Herman plays very well in Houston – won by a shot over Henrik Stenson.

I could see Herman strongly defending the title this week, as the course really fits his game and he has been hitting it good as of late.

Cabrera Bello is another player who has had some recent success down in Houston – recording a 4th place finish last season. Cabrera failed to make it out of the group stage last week at the WGC-Dell Match Play, but in his previous 4 tournaments he has recorded 2 Top-25’s.

Cabrera Bello fired a Sunday 65 last year and if he gets out to a fast start early, look for him to be in contention late Sunday.

Wood is another player who failed to make it out of the group stage last week in Austin. However, Wood emerged at the 2016 Ryder Cup and has shown what kind of game he has. The European Tour member has recorded 3 Top-25’s in his last 6 worldwide events.

The 6’6er looks like he should be on a basketball court but with his game, I could see him making a good run this week.

You could put up an argument that Berger isn’t a sleeper pick but would you expect him to beat Henrik Stenson or Jordan Spieth this week? Didn’t think so. Berger will find a way to be in contention come Sunday and has had recent success at the Shell Houston to back it up – T5 2016, T25 2015.

Berger has racked up 4 Top-25 finishes, including a T2 at the World Golf Championships-HSBC Champions.

This last pick is a long shot. Jones has only made 3 out of 6 cuts so far this season but in those 3 events, where he played the weekend, Jones has recorded 2 Top-25 finishes.

The main reason why I am picking Jones as the last sleeper pick is because he is a past winner of the Shell Houston Open. Jones won in a playoff over Matt Kuchar back in 2014.