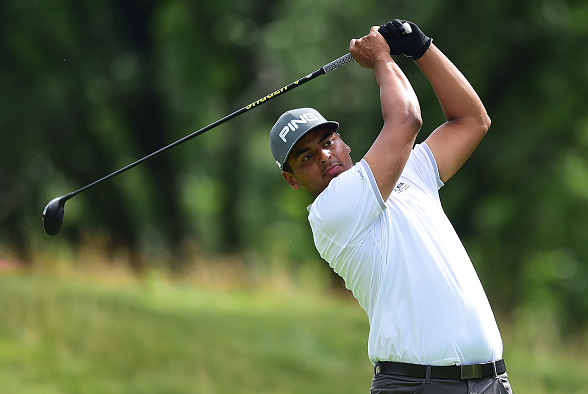 Sebastian Munoz posted a 3-under 67 on Friday at the Old White TPC, and stretched his lead at The Greenbrier Classic to three strokes after 36 holes.

Munoz, a 24-year-old Colombian rookie, heads into the weekend at 12-under-par. The former University of North Texas star also held a share of the lead at the halfway point last month at the FedEx St. Jude Classic.

After weekend rounds of 75-76, however, Munoz plummeted down the leaderboard in Memphis, eventually finishing at T60. He’s hoping to learn from that recent experience at TPC Southwind.

“I feel like Memphis taught me that maybe I was caring too much, trying to hit too many perfect shots all the time,” said Munoz.

Davis Love III, 53, posted a 1-under 69, and remains in the hunt at 8-under. Love, who is seeking to become the oldest-ever winner on the PGA Tour, is tied for fourth with defending champion Danny Lee (67) and Russell Henley (64). A group of five players are tied at 7-under.

“I mean, it’s fantastic. I mean, anyone would take the position I am right now. No regrets. Excited. Never had a four-shot lead. I don’t know what it’s going to be at the end of the day, but whatever it is, happy. Just trying to keep same game plan.”
–Sebastian Munoz