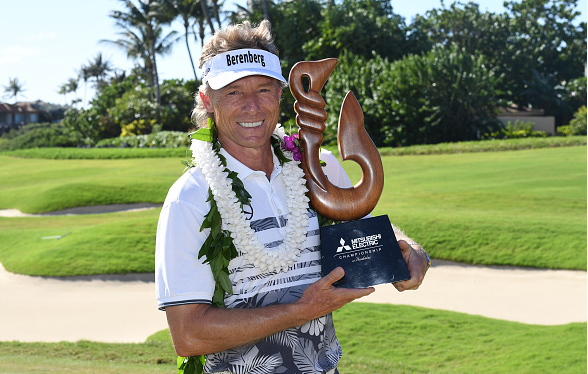 Bernhard Langer, the reigning PGA Tour Champions Player of the Year (for three years running) won the opening event of its 2017 season: the Mitsubishi Electric Championship at Hualalai.

Shortened to only 36 holes, due to a forecast of high winds, Langer (-15) won by a single stroke over Fred Couples who finished solo-second at 14-under. Kirk Triplett (-13) rounded out the top-3.

It was a tad breezy out here today at the @mec_golf. ?⛳️