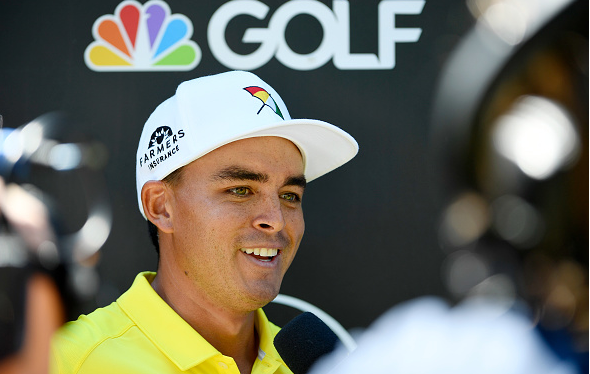 Rickie Fowler had much better luck than Henrik Stenson did of getting out of the water hazard on the 11th at Bay Hill.

During Saturday’s third round, Fowler landed his second shot into the drink on the tricky 438-yard par-4. And incredibly, the recent winner of the Honda was not only able to get it out of the water, he got it close enough for what he called a “kick-in” par.

Fowler described the near-perfect shot after his round, “I wanted to try and keep the green pants clean. Really unfortunate that didn’t go in, perfect shot. I was just glad to get it out. I wanted to just get a look for 4 and nice to have a kick in for 4 there.”

Following this par-save on 11, Fowler went 5-under over the next five holes (birdie-birdie-par-birdie-eagle), and finished with a 7-under 65, tying Rory McIlroy for the best round of the day.

With his sizzling performance, Fowler moved up a whopping 47 places on the leaderboard – from T58 to T11.

Hey, that’s why they call it moving day.