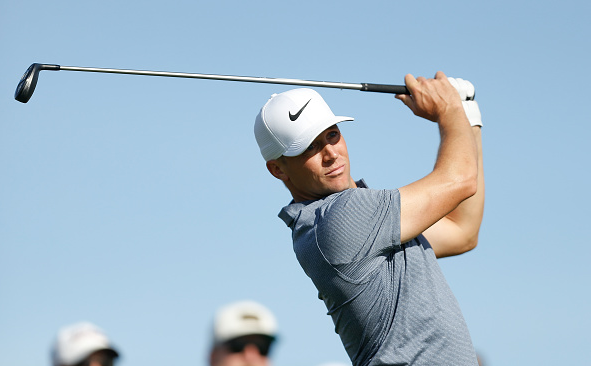 Alex Noren posted a 3-under 69 and will take a one-shot lead into Sunday’s final round at the Farmers Insurance Open. 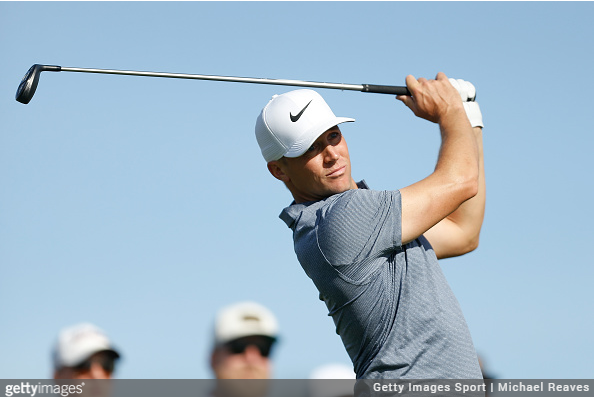 Starting the day alone in fifth, Noren made the turn at 2 under following an eagle on the par-5 sixth, but a double bogey on No. 12 dropped him back to even-par. The Swede rebounded, though, with three birdies on Nos. 13, 16 and 18 to take the 54-hole pole position at 11 under.

“I felt a lot more comfortable off the tee. You know, been able to shape it both ways, which is a big thing over here with the wind picking up a little bit today, just trying to find the fairways,” said Noren, a nine-time winner of the European Tour.

“It felt good. I felt quite good in Malaysia during the Eurasia, then I got here, three days with my coach, and yeah, it feels good. And then obviously it’s a tough day tomorrow but I’m looking forward to it.”

Playing with Noren in Sunday’s final pairing will be 36-hole leader Ryan Palmer, who struggled to a 1-over 73 on Saturday, but sits just one back at 10 under.

Palmer finished the day with one eagle, one birdie and four bogeys.

“It was a grind. I struggled — I wouldn’t say I struggled. I hit a lot of solid putts, just speed was off pretty bad I thought for a while there. Then a great putt on 5. I just didn’t — the par 5s kind of got me except obviously 13 kind of made up for it, made up for all,” said Palmer, a three-time winner on the PGA Tour.

“Got a little lazy on my golf swing the last four or five holes. Unfortunately on 14 I thought I hit it perfect and ends up a foot in the rough and dead, so hit it offline if you’re going to it — miss the rough.

“Hung in there I thought. Haven’t been here in a while and I get to play in the final group tomorrow so I’m excited.”

Holmes, who started on No. 10, turned at even-par 36, but caught fire going home, carding seven birdies on his final nine holes, highlighted by three-straight on Nos. 4, 5 and 6.

Justin Rose (69) and Jason Day (71) headline a group of seven players tied for fifth at 8 under. Rose signed for a clean card comprised of three birdies and 15 pars.

Day, meanwhile, got off to a hot start and moved to the top of the leaderboard after birdies on Nos. 2, 4 and 5. But the Aussie cooled off down the stretch, finishing 2-over par on his final 13 holes with three bogeys and a fourth birdie.

“My plan was to try and shoot 6 under and I got off to a good start being 3 under through five holes. Get to the sixth hole, and we just kind of stopped a little bit and it just cools the momentum,” said Day, who is looking for his first win since the 2016 PLAYERS.

“Shooting under par on a Saturday is always moving forward on a golf course like this, and hopefully the lead doesn’t get too far away but it should be an exciting Sunday.”

Defending champion Jon Rahm started the day alone in second, and just one off the lead at 10-under par, but a surprising third-round 3-over 75 dropped the Spaniard to T12 at 7 under. 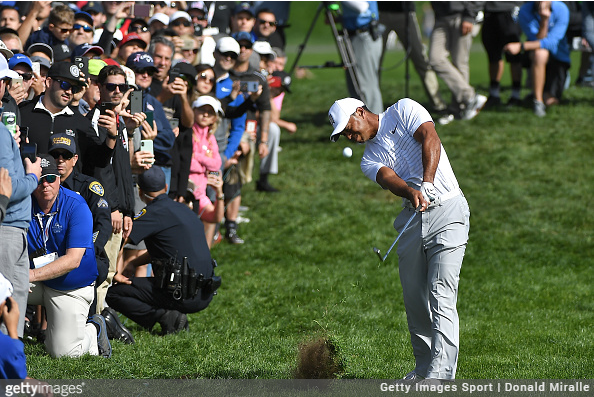 Tiger Woods, who made the cut after a final-hole birdie on Friday, made four more birdies on Saturday, including three on the par 5s, en route to a 2-under 70. The 14-time major winner is T39 at 3-under.

“I’m struggling with my feels out there, hitting certain shots. Some of my go-to shots aren’t there, some of my shots I like to hit under certain circumstances aren’t there, either,” said Woods, who hit 3 of 14 fairways and 9 of 18 greens.

“The only thing I have is my short game and my — my heart and that got me through today.”

“Well, it would mean a lot, you know. I’ve dreamt of winning on the U.S. Tour. I played college golf over here. I love playing on the European Tour, and to get a chance to play over here, too, has been amazing. But yeah, to win would be very, very big for my confidence, I think, and playing around these courses like we’re going to have the U.S. Open here in a few years, so it would be massive, yeah.”
– Alex Noren