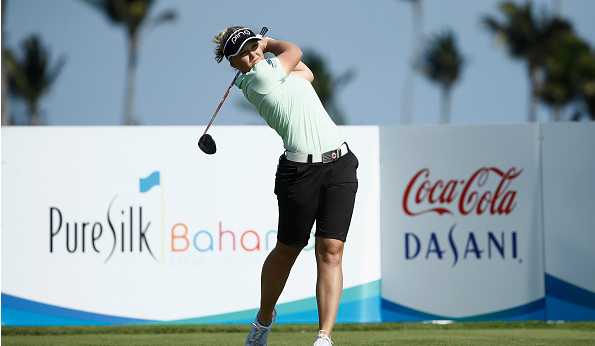 Brooke Henderson shot an even-par 73 in the second round of the Pure Silk-Bahamas LPGA Classic and leads by one shot after another weather-delayed day in Paradise Island. 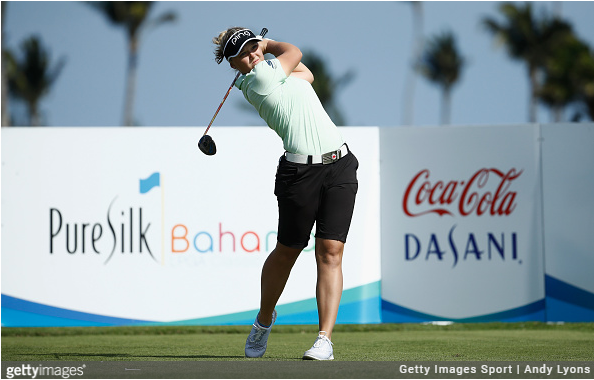 Henderson, who was part of the morning wave, finished with four birdies and four bogeys, en route to a two-round score of 5-under 141.

“It was windy today, and I feel like overall we (caddie Brittany Henderson) did a really good job again just calculating numbers and negotiate the wind as best we could. There was a couple of bogeys I would like to take back, but having four birdies is really good,” said Henderson.

Shanshan Feng has finished her ninth hole and is 4-under par with the front nine remaining in her second round.

Five players are tied at 3-under, including Danielle Kang and Ryann O’Toole, who both finished on Saturday, and Lexi Thompson, Wei-Ling Hsu and Luna Sobron Galmes, who will finish on Sunday.

Second-round play resumed at 11:14 a.m. on Saturday after a total delay of 26 hours and 35 minutes dating back to Friday morning.

Play was suspended again at 5:55 p.m. due to darkness, with the entire afternoon wave (54 players) still to finish their second round. The second round will resume on Sunday morning at 7 a.m.

At the conclusion of the second round, the field will be cut to the low 70 players and ties, with the third and final round immediately following.

“It was an adjustment period of reading the greens again and figuring out how much you factor in and how much you don’t. So today I just stayed really patient and capitalized on a couple more birdies. But I’ve been striking it well all week and so it’s showing and just try to continue it tomorrow.”
– Ryann O’Toole