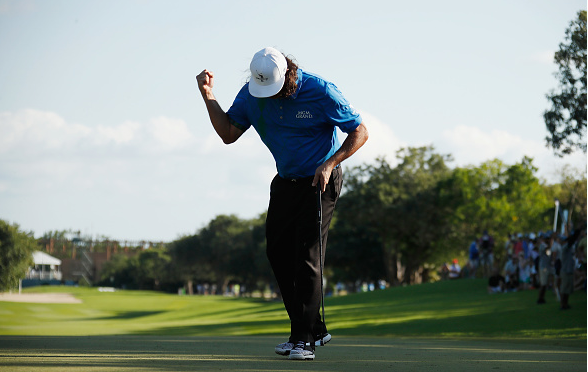 The OHL Classic at Mayakoba is in the books with Pat Perez (-21) securing his first win on the PGA Tour since 2009. Arizona State alum Perez, dominated the weekend by shooting 13-under over the final two rounds.

54 hole leader, Gary Woodland, notched a solo 2nd after a birdie at the last to finish at 19-under. Russell Knox (-18) jumped three spots up the leaderboard to finish in solo 3rd after a final round 66.

Rounding out the top-5 was Kevin Streelman, Chez Reavie and Scott Piercy after finishing their weeks at 17-under.

Now a two-time winner on the PGA Tour, Pat Perez, can thank his hot start on the opening nine. Perez knew he needed to apply the pressure early and he did just that by making the turn in 5-under.

The 40-year-old Perez needed just 8 pars and a bogey on his final nine holes to secure the win.

Seamus Power, who was 3 shots back to start the day, carded a 5-over 76 to fall 24 spots down the leaderboard. After starting his final round with a triple bogey, Power seemed to have a bit of nerves and never bounced back after going out in 39 and coming home in 37.