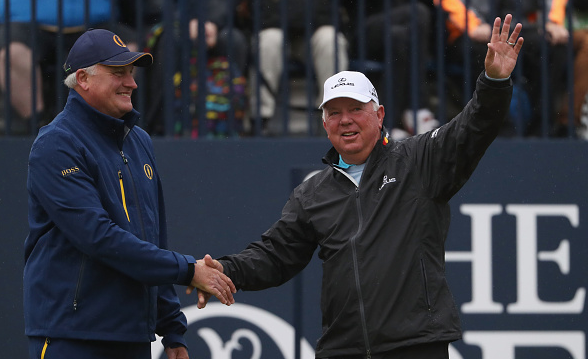 At 60-years-old, American Mark O’Meara was teeing it up for the final time at The Open Championship. And the 1998 winner at Royal Birkdale finished in glorious style.

Following an opening-round 81, the two-time major champion closed out his British Open career with an impressive even-par 70.

After his final putt, O’Meara walked off the 18th to a thunderous applause. As he made his way to the scorer’s tent for the final time, O’Meara stopped to speak to Martin Slumbers, the chief executive of the R&A.

The winner of the 127th Open title was overcome with emotions, and simply said, “it’s the greatest championship… the greatest walk. Thanks for making it special.”

"It's the greatest" – @omearagolf reflects on his final Open Championship. #TheOpen. pic.twitter.com/foK1no3JKO

Thanks for the memories, Mark!