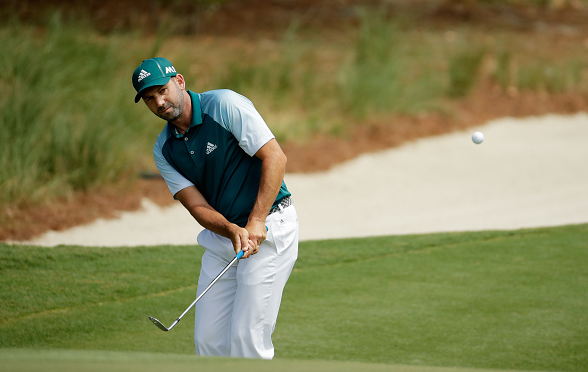 Sergio Garcia started the third round of THE PLAYERS at even-par, tied for 42nd. But after a 5-under 67 at TPC Sawgrass, he’s now just three shots behind leaders J.B. Holmes and Kyle Stanley after 54 holes.

Following a bogey on 10, the Spaniard was at 1-under, and appeared to be going nowhere. But then the Masters champ ripped off three straight birdies on 11, 12, and 13, capping off the stretch with an eagle on 16, to get into contention.

With a win at THE PLAYERS, Sergio would match Tiger Woods (2001) as the only players to win at both Augusta and TPC Sawgrass in same season.