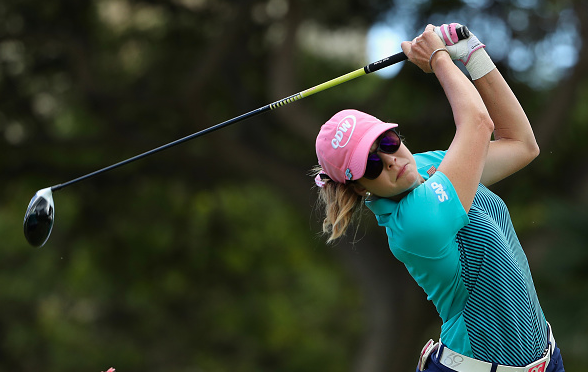 The LOTTE Championship presented by Hershey got underway at Ko Olina Golf Club on the island of Oahu, Hawaii. And after a rain-delayed opening round, there is an absolute logjam atop the leaderboard.

Mi Hyang Lee and Paula Creamer are tied for the lead at 6-under-par, while another 27 players are within three shots of the co-leaders – five at 5-under, eight at 4-under, and fourteen at 3-under.

“I played solid. I putted really well. I switched back to conventional-style putting. I’ve been left-hand-low for the last three years. I hit the ball really well at the ANA (Inspiration) and Kia (Classic), I just couldn’t make any putts. We talked about how many times I won conventional and how many times have I won left-hand-low and the difference was astronomical.”
–Paula Creamer