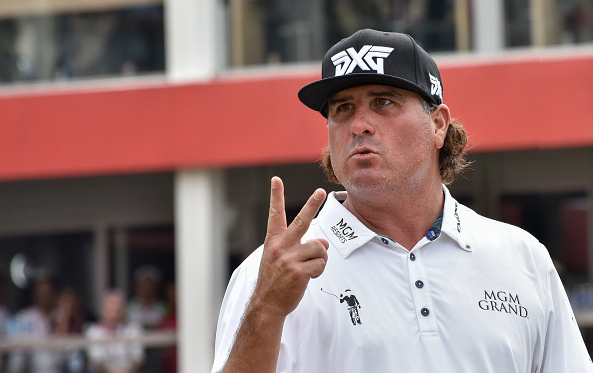 Different sports may require different modes of athleticism, intelligence, stamina, etc, but one thing that is critical in each of them: confidence. An unwavering belief in one’s own abilities and the capacity to properly visualize winning form have, again and again, been proven to be absolutely essential for peak performance, regardless of sport. 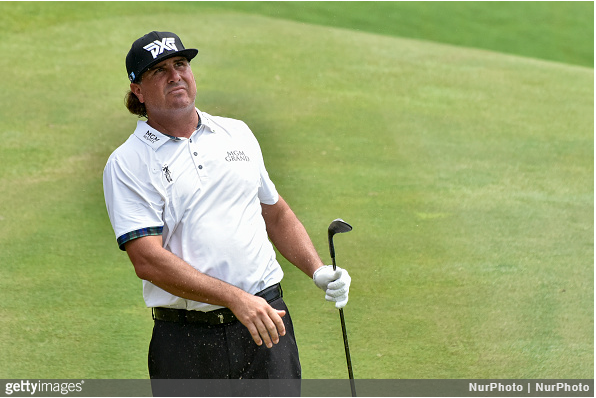 Michael Jordan never would have become what he did if he had not been so certain he could do it, and countless athletes have shown seen their previously successful careers get trapped in a death spiral when they stop believing that they unequivocally have what it takes.

But then again, even the most time-tested rules have exceptions.

Pat Perez, the ultimate everyman, blitzed a talented field at the PGA Tour’s CIMB Classic in Malaysia, despite being what he referred to as “the last guy” that thought he would win the tournament.

“Unreal. I think I’m the last guy that expected to win this week, to be honest with you. I did not think I was going to win this week,” said Perez, who moved into second in the FedExCup race behind last week’s Safeway Open winner Brendan Steele.

His mind may work differently than most professionals, and he seems to pride himself in his vices, but despite rarely working out or prioritizing his diet, the 41-year-old Perez is in the midst of a remarkable late-career breakthrough.

And he’s enjoying it. 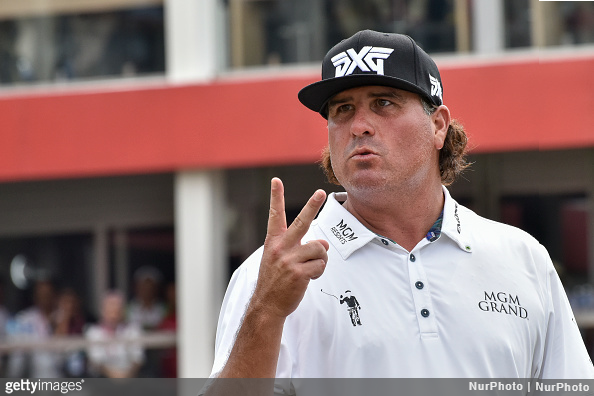 Holding a large 54-hole lead at what has recently become the Justin Thomas Open, Perez never looked uncomfortable with the spotlight, shooting a 3-under 69 in his final round at TPC Kuala Lumpur to win by four strokes over former major champion Keegan Bradley, and five clear of reigning PGA Tour Rookie of the Year Xander Schauffele.

Perez spent nearly all of 2016 on the sidelines with a shoulder injury, and in just a year since coming back, he has notched two-thirds of his career victories, and with his triumph this week, he will crash the top 20 in the Official World Golf Rankings; a very impressive feat for a guy who was outside the top 300 after playing the CIMB last year.

HOW PEREZ DID IT

Coming into this season’s CIMB Classic, all the attention was justifiably on reigning PGA Tour Player of the Year and two-time defending CIMB Champion Justin Thomas. There were other big names in the field as well, including Xander Schauffele, Paul Casey, Brendan Steele, and Ian Poulter, allowing Perez to come in well under the radar. 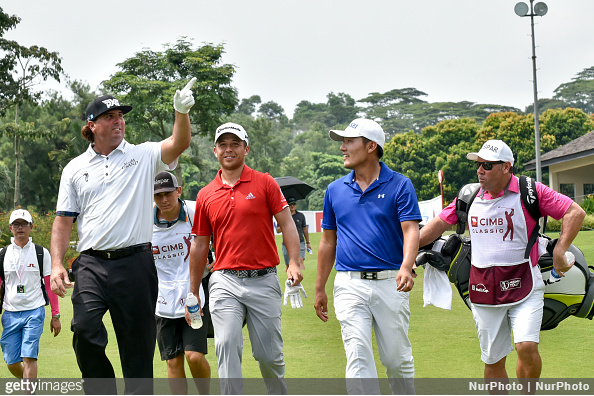 Perez said that he did not think he was going to win this week in the hot, sticky Malaysia weather, but after three strong rounds, Perez found himself out front by four strokes with 18 holes to play.

With very low scores common in this tournament, Perez knew he could not afford to let up, and by carding birdies on 2, 3, and 4, he put the title out of reach for the other 77 players in field early.

“I knew I had to get off to a hot start because I knew if I faltered at all, you know, if I didn’t get any scores in the first five holes, I was going to at least be even with somebody,” Perez explaind.

From the fifth hole on, Perez was not quite as unstoppable; he bogeyed 6, birdied 8, and then shot par on each of his final ten holes to post a 3-under 69, but there was never a sense that he was on the verge of losing his lead.

Keegan Bradley was the only player on Sunday who put even the lightest pressure on Perez, but despite a bogey-free 5-under 67, Bradley still finished four strokes back.

Hitting 16 of 18 greens in regulation on the final day, Perez hit a field co-leading 86% for the week, giving himself myriad birdie chances. His 27 birdies over four days was also tied for the tournament lead.

WHAT IT MEANS FOR PEREZ

Winning the CIMB Classic is not surprising when it is considered that Perez is coming fresh off a season where he made $4.3 million, more than double his previous highest-earning season ($1.7 million in 2008). 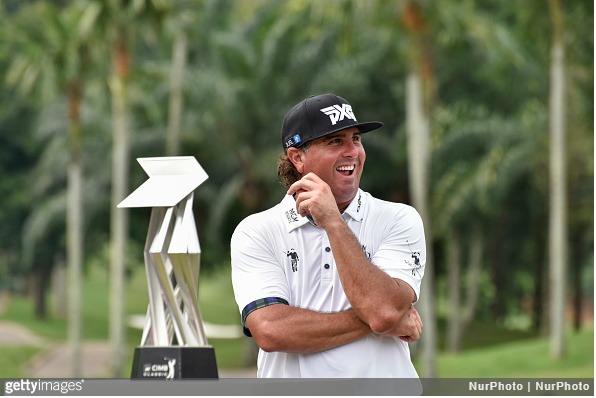 In 2017, he notched one win, a runner-up, and six top-10 finishes, part of a tremendous season where he finished 15th in the final FedExCup Standings.

However, this is still mostly unchartered waters for Perez, who has never seen his profile grow to where it suddenly has. He is now a three-time Tour winner and is hitting a career peak at an age where most of his contemporaries have slowed considerably.

Perez, who was a product of a great Arizona State University program, had flashed talent for a long time, but with just one victory over his first 15 seasons on Tour, it was looking like he might never reach his potential.

He made the CIMB field last year on a sponsor’s exemption, his first start since his long injury layoff, finishing T33, a tournament Perez credited to kick starting his career comeback.

“Todd [Rhinehart] gave me a spot and I was so excited to come over and play to try and further my career. And I played pretty good here, I think I finished like 33rd and I finished 7th in Vegas and then I won Mexico,” said an appreciative Perez. “But if he hadn’t given me the spot, the funny thing is I don’t know if I would have started the Tour until January. So all those chain of events might not have happened. So I can’t thank him enough for doing that. I really can’t explain it, it’s been an amazing 12 months.”

On Monday, Perez will complete the journey from a 40-something journeyman to one of the world’s top 20 golfers.

Three-peats are extremely rare in the modern PGA Tour, with none occurring since Steve Stricker took three straight John Deere Classics from 2009-2011.

World No. 4 Justin Thomas, the two-time defending CIMB Champion was looking like the best chance in a considerable amount of time. Thomas is coming off a five-win season where he won his first major, won the FedExCup, and was named named PGA Tour Player of the Year.

Given that profile, his recent form (he finished runner-up at the Tour Championship was phenomenal at the Presidents Cup), and a weaker-than-average field, Thomas was an overwhelming favorite this week.

However, a pedestrian 70-71 start left him too much ground to make up on the weekend.

He was better on Saturday, shooting a 3-under 69, and he looked much more like a recent major champion on Sunday, carding seven birdies, but a 5-under 67 only got him to -11, which landed him at T17 on the final leaderboard; not a terrible week by any means, but not the spectacular performance that was anticipated either.

“Yeah, I was definitely low on gas. It’s been a great but a long year, for sure,” said Thomas, who earned over $100k in his first start of the season. “So I was — I really played well the last two days, which was nice to see. I just didn’t make enough putts and didn’t capitalize on enough opportunities to have a really good finish.”

It has been a long time since Keegan Bradley has flashed the form that made him a runaway choice for PGA Tour Rookie of the Year in 2011, a season where he won twice, including the PGA Championship in his first career major appearance. However, he may be trending back that direction. 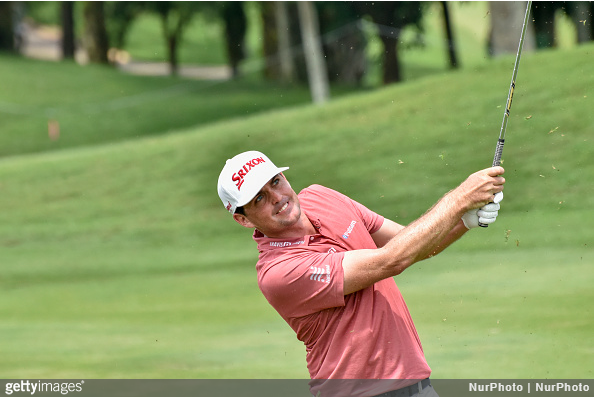 After a 2017 season where he showed great consistency, Bradley is looking for even better things in this new season.

A 5-under 67 in the final round at the CIMB is an excellent start, as it lead to a runner-up finish, his best result since 2014. Bradley went bogey-free for the weekend, and only carding four all week, with three of those coming in the second round.

“I played well enough to win this week, but Pat Perez played exceptional, so happy for him,” said Bradley, who posted his best finish since he was runner-up at the 2014 Arnold Palmer Invitational.

The low round of the day came from the man who was leading the tournament after 18 holes: Cameron Smith. The 24-year-old Aussie, who was 50% of the team that won the 2017 Zurich Classic, parlayed six opening-nine birdies into an impressive 8-under 64, matching his leading round one score. 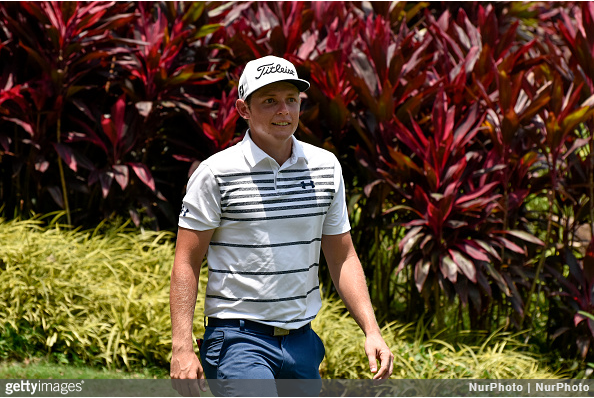 Playing the second and third rounds even-par torpedoed his CIMB chances, but at -16, he still finished in a tie for fifth place.

Needing just one more stroke than Smith was Paul Casey, a name that has been seemingly on every leaderboard in the past six months. It was still not a win for the 40-year-old Englishman, who has not won on the PGA Tour since the 2009 Shell Houston Open, but a final round 7-under 65 got Casey to -14 for the week, good for a tie for seventh place; a tremendous result considering he shot a 5-over 77 in round one.

The soft greens at the perpetually wet TPC Kuala Lumpur were a great benefit over the first three days for Xander Schauffele.

The 23-year-old who won twice in his rookie season, including at the recent Tour Championship rode an immaculate iron game to the final Sunday grouping, and was believed to be the strongest threat to Perez. 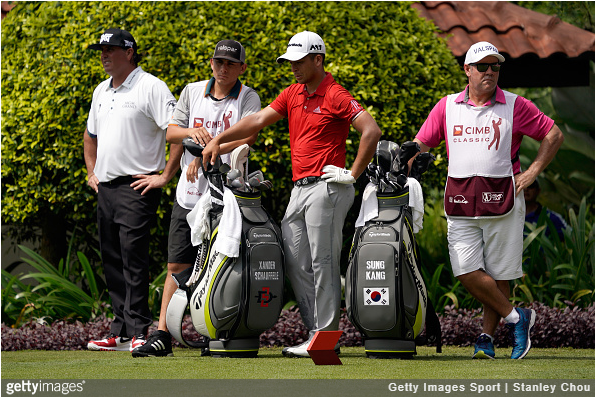 Unfortunately for Schauffele, an up-and-down front nine, where he had three birdies and three bogeys, left him too far back with too little time to go. An even-par 72 on Sunday dropped him one spot for the week, into a tie for third with Sung Kang.

“Well, shot even par and, you know, not what we wanted obviously, but overall just a good start to the year,” said Schauffele, who is part of the celebrated ‘Class of 2011’ that includes, among others, PGA Tour winners Thomas, Jordan Spieth, Emiliano Grillo, and Daniel Berger.

Another member of that famed high school class is Ollie Schneiderjans, who, like Schauffele, had a difficult time finding his game on Sunday.

Schneiderjans carded three birdies and an eagle in his final round, but seven bogeys, including five in an eight-hole stretch (10-17), meant a 2-over 74, which dropped him 14 spots down the final leaderboard, from T8 to T23.

Sunday’s biggest tumble came from young Thai golfer Jazz Janewattananond, who came into the final round in 7th place, but a disastrous finish, where he played his final six holes +5 led to a 5-over 77, which caused him to plummet 32 spots down the Sunday leaderboard, into a tie for 39th place.

“This is my 17th year and so I’ve had to fight for my card every year. It’s different from Dustin, Justin and all these guys that win every year and then they don’t have to worry about keeping their card because they’re so good, they just keep winning. But for a guy like me, I’m always fighting to keep my card. So when you win, it’s like take a little bit of time to go okay, I’m just going to relax for a little bit. But you can never really settle down too much because the game will just steamroll you. The players are too good. There’s a guy that’s going to win next week and all the focus will be on him and you have to keep going.”