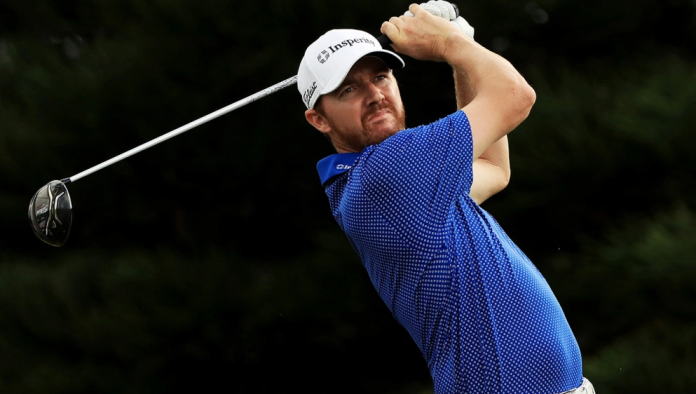 The first tournament round of 2017 ended with the last 2016 major winner in first place.

Jimmy Walker could not have started the year better, going 5-under-par over the first six holes and then coasting in with a bogey-free eight-under 65 to take a two-stroke lead over Jim Herman, Justin Thomas, and Ryan Moore after the first round of the SBS Tournament of Champions.

The elite 32-man field at Kapalua, composed only of 2016 winners, saw just three players shoot over-par in the opening round. So Walker will need to hold onto major form to stay out in front.

Based on his incredible early-season form in past years, there is good reason to believe that Walker is up to the task.

Jimmy Walker again flashed the early season form we have come to expect from him in recent years. In 2016, he finished inside the top-15 in all three January events he entered.

In 2015, Walker finished T2 at the Tournament of Champions (losing in a playoff to Patrick Reed) and then won the Sony Open the next week, also in Hawaii. The year prior, in 2014, he won both the early season Sony Open and the Pebble Beach Pro-Am.

In a more surprising development, he also had the longest drive of the day, a 408-yard bomb (although he did average 301 yards per drive in 2016, which ranked 24th on Tour).

After the aforementioned hot start, Walker was steady in the middle of his round before birdies on three of his last five holes asserted his lead.

Jim Herman, the surprise winner of the 2016 Shell Houston Open, was not talked about much (if at all) going into this week, but after birdies on four of his first seven holes, it looks like he should have been.

The 39-year-old did not have a single top-20 following his breakthrough April victory in Texas, but he seems to have re-discovered his best stuff in Maui – at least early on.

Fabian Gomez, who does not receive as much press as fellow Argentinian Emilano Grillo, shot a 3-under 70 that tied him with Tour stars Jason Day and Patrick Reed. Gomez made the SBS field with a win at the early-season Sony Open in 2016.

Also at 3-under was Aaron Baddeley, who had just one bogey on the day. Baddeley has consistently been one of the better putters on Tour, but that’s not led to a lot of high finishes recently. The Aussie made the SBS field by winning the opposite-field Barbasol Championship last summmer, but did not even qualify for the FedEx Cup playoffs despite the win. Baddeley helped himself immensely in the opening round by hitting 15 of 18 greens.

Jordan Spieth, the 2015 Player of the Year and two-time major winner, obliterated the field last year at Kapalua on his way to an eight-shot triumph, but appeared to leave his best stuff back at home in Texas.

Spieth was 2-under through nine holes, and seemingly in the hunt. But struggled to a 1-over on the final nine to finish at 1-under 72, which was better than only five players in the field.

Possibly the most watched man going into 2016 was Japanese phenom Hideki Matsuyama, who has won four of his last five events internationally.

Matsuyama kept his recent incredible form, going bogey-free on his way to a four-under 69. In his most recent tournament, the 24-year-old got way out ahead of the Hero World Challenge field, taking a seven-shot lead into the fourth round before winning by two over Open Championship winner Henrik Stenson. He co-led the field with Walker in greens in regulation, missing only one green in 18 holes.

“It was great. The par save on 17 was big; it makes everything taste even better. You bogey there, it kind of sours it a little bit. I didn’t have a very good drive, got lucky, and made par. I played solid, really, all day. I stayed patient in the middle of the round, I got off to a fast start, five under through six, and then just didn’t make anything, a lot of good shots, putts weren’t going and just stayed patient. I knew I would get some more somewhere, it was just a matter of time and got them on 14 and 15, so it was good.”
-First round leader, Jimmy Walker