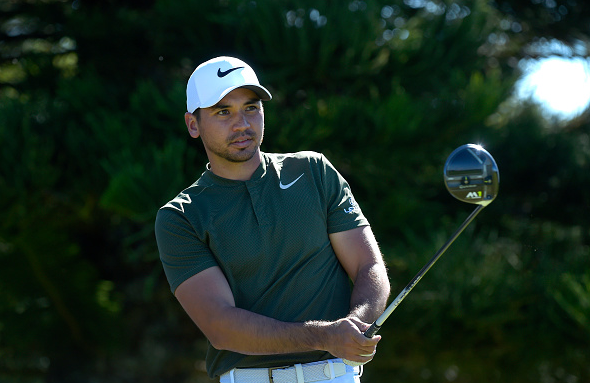 The SBS Tournament of Champions kicks off today at Kapalua’s Plantation Course and as is the case with each PGA Tour event, the players get out for a few rounds of practice prior to the opening round.

Here’s a quick roundup of some photos of players and their sponsor logos – a few of them with brand new deals.

Day as we know made big news with his switch to Nike, from Adidas. Here’s the world #1 in his new Nike duds.

Thomas has the cool combination – the #1 brand in golf along with the timeless style of Ralph Lauren.

Spieth is paid big bucks to wear and promote the UA brand. We caught up with Jordan here, posing with Tom Brady at the grand opening of the new Boston Under Armour store.

Bubba signed a new deal with South Korean golf ball maker Volvik, who is known for its colorful balls. Watson will reportedly play a pink one this weekend.

While not as high profile of a deal as Bubba’s or Day’s, the 23 year-old Berger moved from Taylormade to Callaway this offseason. The St. Jude’s Classic winner is one of the rising stars on Tour, so Callaway scored a coup of sorts.

Srixon is playing with house money at the moment. The young superstar was signed in 2013, and the deal ends next year. If Matsuyama’s star continues to rise, he’ll become the #1 free agent in golf, and will surely demand big league bucks.

Finally, to close, here’s a couple important brands: Kapalua and SBS (who is SBS?).