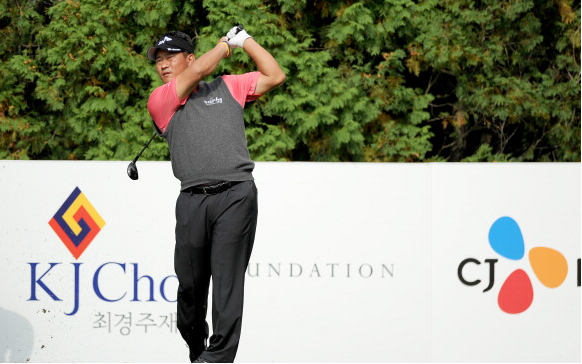 The tournament, THE CJ CUP @ NINE BRIDGES will offer 500 FedExCup points to the winner and feature a purse of $9.25 million (USD) in 2017. THE CJ CUP @ NINE BRIDGES will feature a field of 78 players, with 60 coming from the PGA TOUR FedExCup points list. The remaining players, with many of the best Korean players represented, will come from a number of different exemptions to be named at a later date.

“This announcement is a historic landmark for the PGA TOUR as we add another tournament in Asia. We had such a phenomenal experience in Korea last year at The Presidents Cup, and we hoped an official, permanent event in this great country would be the result of that success,” said Monahan. “Partnering with a respected business leader like the CJ Corporation means this tournament will be on the Korean sports landscape for years to come. We have a tremendous population of Korean golfers on the PGA TOUR, and we anticipate that will continue as THE CJ CUP @ NINE BRIDGES inspires a new generation of players, not only in Korea, but also around the world.”

“Over the last 16 years, the CJ Group has been committed to and continues to develop the exciting sport of golf in Korea, not to mention, providing entertainment for the global golf community through the PGA and LPGA,” said the CJ Corporation Chief Marketing Officer and Executive Vice President Wookho Kyeong. “The contributions made by the CJ Group to this exciting game are twofold: one, hosting world-class golf events such as the first LPGA tournament in Korea, the CJ Nine Bridges Classic from 2002-2005, and the Asian Tour Tournament CJ Invitational hosted by Korea’s legendary player KJ Choi from 2011-2013; secondly, discovering and investing in new upcoming golf talent in Korea and preparing them for the global stage.”

This will mark the third official PGA TOUR tournament that makes its home in Asia, with THE CJ CUP @ NINE BRIDGES, the World Golf Championships-HSBC Champions (Shanghai, China) and the CIMB Classic (Kuala Lumpur, Malaysia).