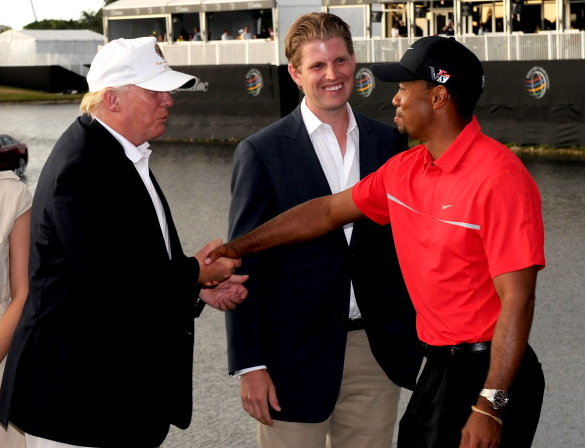 Tiger Woods, Ernie Els, and Rory McIlroy are three of the greatest golfers to ever play the game – all are former world number ones. Between them they own 22 major championships (and counting).

None of the three has ever been described as political. And yet all three were recently targeted by the political left for the sin of, get this… playing a round of golf with President Trump.

Despite the fauxrage within the liberal media echo chamber – amped up by their allied trolls on Twitter – the vast majority of PGA Tour golfers still say they’d play a round of golf with the new POTUS.

Karen Crouse of the New York Times ran a secret survey at Riviera during the Genesis Open. The reporter asked 56 players if they would tee it up with President Trump.

The results: Nearly 90% (50 of the 56 players polled) said they would play with the new president. Only 3 said they would not play (full field here), while 3 others refused to answer.

One player named in the survey was Pat Perez, who said he’d play with Trump “in a heartbeat,” and called him “an incredible businessman.”