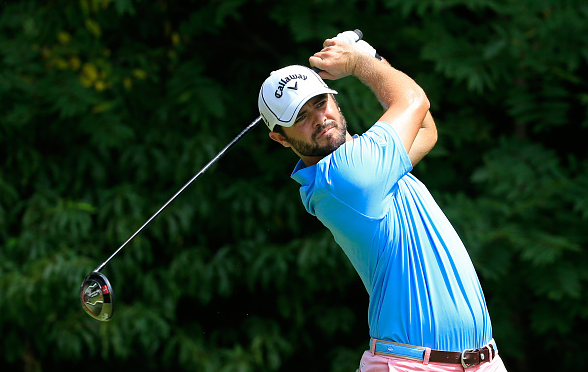 The defending Safeway Open champion is Emiliano Grillo. It was the first start of Grillo’s successful rookie season, where the Argentinian made it all the way to the Tour Championship at East Lake, finishing 11th in the final FedEx Cup standings.

There are 38 players in the field who earned their PGA Tour Card through either the Web.com Tour money list or the Web.com finals. Each one would give anything to be this year’s version of Grillo, who went from Web.com star to PGA champion in just his first start as a full-fledged Tour member.

The group is arguably led by Wesley Bryan, who is a full-time PGA Tour member this season as three Web.com wins earned him an in-season promotion in 2016. Bryan, most known for his mesmerizing trick shot videos, finished T8 at the John Deere Classic, his first tournament after the in-season promotion. He comes into the Safeway being the Web.com Tour’s reigning money winner, with nearly $500,000 earned in 2015-16.

Grayson Murray, took third and then first in the final two events of the Web.com finals, and was the only other player over $400,000 on the year. Murray had an extremely up-and-down season, finishing in either the top 10 or missing the cut in 15 of 17 Web.com events, but comes into the season as the hottest hand among Web.com graduates.

Other Web.com notables in the field for the Safeway include Ryan Armour, Brian Campbell, Ollie Schneiderjans, Cameron Smith, and Olympians Seamus Power and Cheng Tsung Pan. This field is replete with players who are hoping to get compared to Grillo.